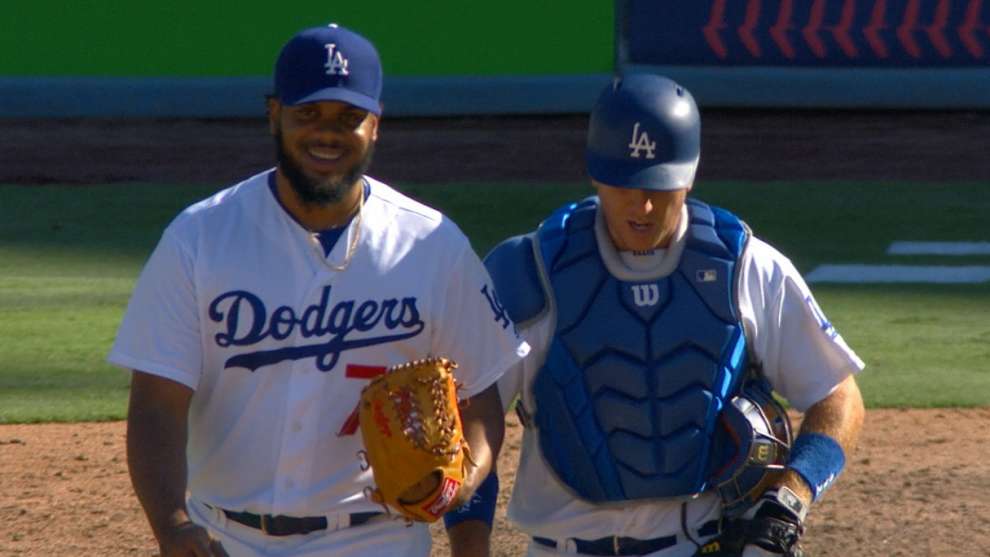 Kenley Jansen struck out one in an inning of work on Tuesday July 17th, 2017, to secure his 24th save of the season.The 1-0 win over the Chicago White Sox, was the Dodgers’ 30th victory in their past 34 games, which is unbelievable.

After completing a three-game sweep of Miami over the weekend, the Dodgers have won 29 of their last 33 games, an amazing stretch that has lifted them from 35-25 and two games back in the NL West to 64-29 and 10 1/2 games ahead.

Jansen struck out three batters through 1.1 innings to collect his 23rd save of the season during Sunday’s win over Miami. He had been nursing flu-like symptoms following the All-Star game and even felt dizzy during his appearance Friday. However, it hasn’t hindered his work on the mound.

The Dodgers have the best record in baseball and are on pace to win 111 games and the Curaçao native Kenley Jansen is a big reason why. He owns a 0.88 ERA through the middle of July. The record for most wins in a season is 116, by the 1906 Chicago Cubs and the 2001 Seattle Mariners.

Jansen gave up a hit and struck out one in a scoreless ninth inning Tuesday to pick up his 24th save of the season in a 1-0 win over the White Sox. The 29-year-old has yet to blow a save this season and has been nearly flawless over the last two months, allowing just a solo home run in his last 22 appearances while posting a 0.38 ERA, 0.46 WHIP and 30:2 K:BB in 24 innings.