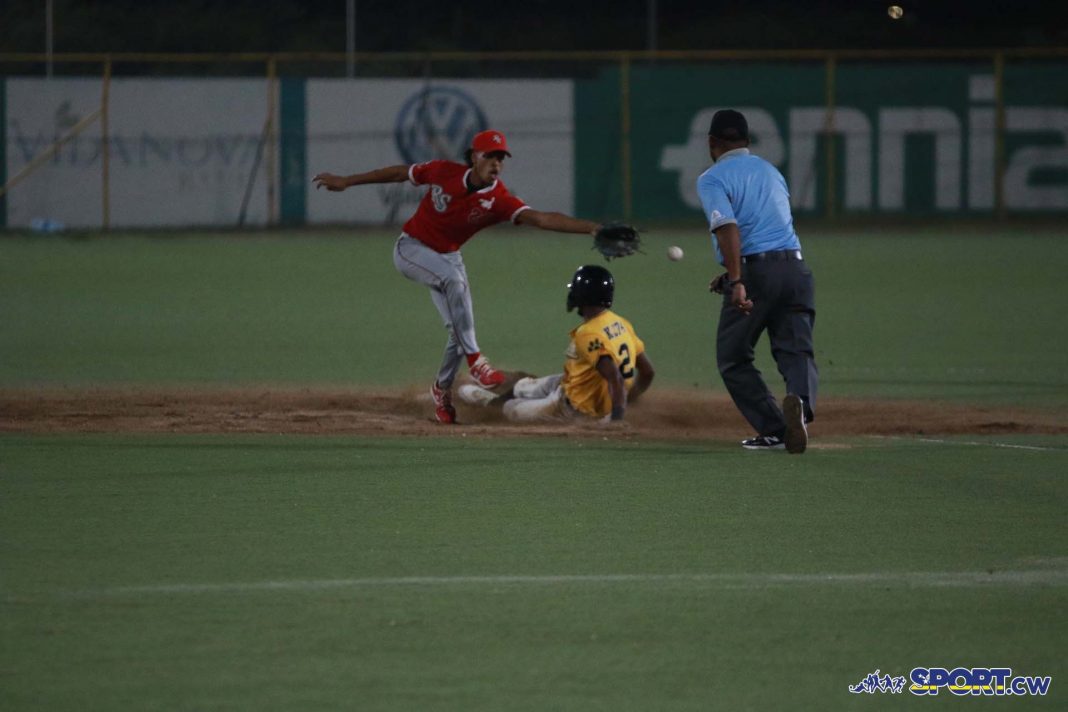 Wild Cats is the new Curaçao baseball champion. The team defeated Royal Scorpions today, Thursday, October 21, 4-3 in the fifth game of the final. Scorpions owed the loss to itself due to poor baserunning in the last two innings.

Federashon Beisbòl Kòrsou (Febeko) decided to have the fifth match in final of the Liga Amstel Bright played in the Tio Daou Ballpark. The association suddenly wanted for unclear reasons to move the series to the Johnny Vrutaal Stadium.

With 1 run in the top of the second inning, Royal Scorpions opened the score. Wild Cats tied it in the third inning. In the following at bat, Scorpions took the lead again by 1 run: 2-1.

In the closing fourth inning, Wild Cats broke loose and scored 3 runs to change the score: 4-2. In the sixth at bat, Scorpions managed to score 1 more run. After this, no more runs were scored, although Scorpions had the best chances for this. However, due to poor baserunning, the team failed twice to score the tying run.

Pitcher Risando Pastor won the match. In 5.2 innings, he gave up 3 runs on 7 hits to Scorpions. Two of these hits were home runs. These were of the bats of Rayhan Fecunda and Edinho Meyer.

Second baseman Ardley Jansen was the leading hitter for Wild Cats. He had two hits in four at bats and hereby batted in 2 runs for his team.