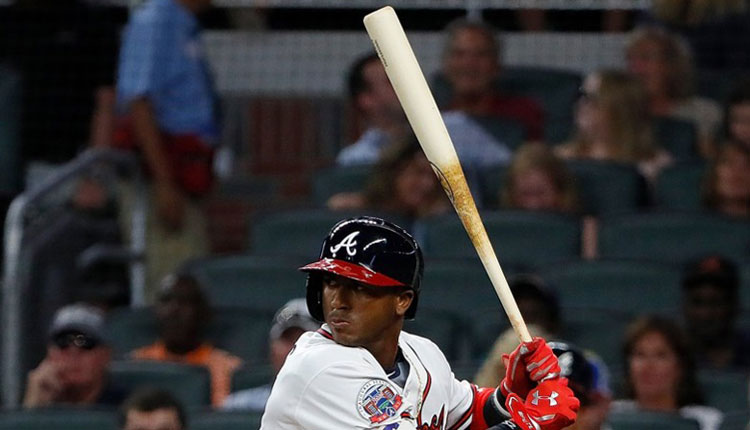 Ozzie Albies hit his first hit in the MLB. It was also hit first home run. The Curaçao native went 1-for-3 with a three-run homer and a walk Thursday against the Dodgers.

Albies’ first big league home run came with his team trailing by six runs in the ninth inning.The long ball was off Tony Cingrani. The 20-year-old middle infielder had gone 0-for-5 in his first two games after being promoted from Triple-A Gwinnett.

Down 7-1 in the ninth inning, Albies blasted the homer to left-center.  “I didn’t expect that one,” Albies said. “But I’m happy I made it, got the first home run out of the way … When I hit it, I was like, I saw it going, I was like ‘It’s going to carry,’ so I felt like it was going out.”

The ball just missed the gloves of leaping Kike Hernandez and Chris Taylor. It looked to possibly be caught, but just slipped past the two outfielders as they collided together on the way down.

Albies is the first Brave to homer for his first career hit since Evan Gattis took Roy Halladay deep on April 3, 2013 against Philadelphia.

Listed at 5’9,” 160 lb., Albies had an unexpected power surge before his promotion. He had nine homers in 97 games for Triple-A Gwinnett, but six of those came when he returned from the disabled list June 13. He’s hit seven homers in his last 46 games.