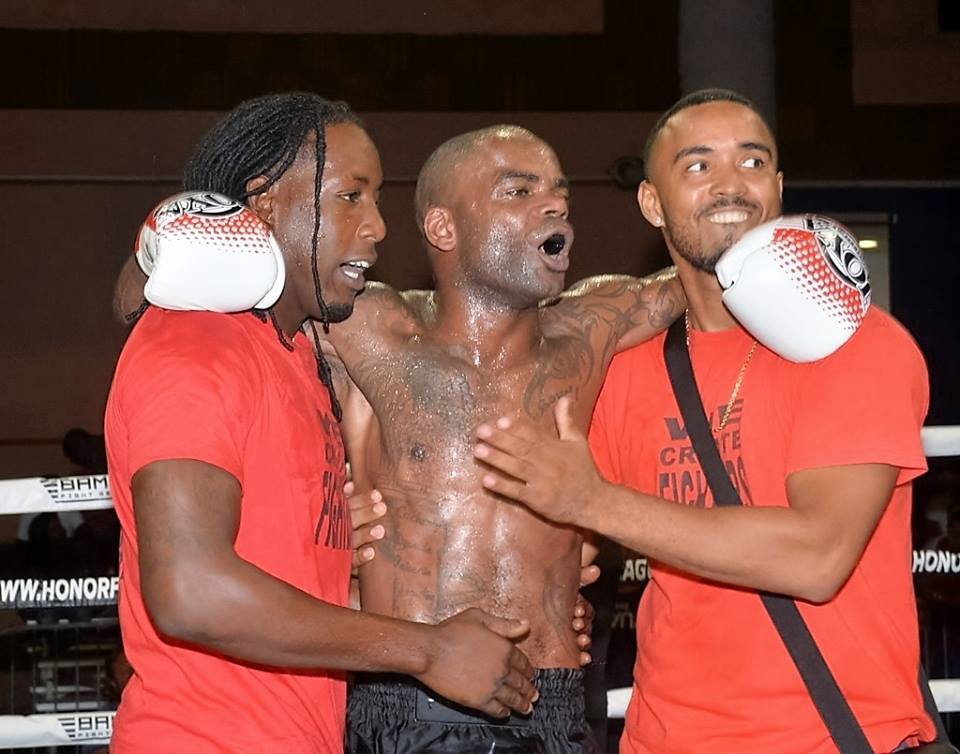 Cedric Bacuna from Curaçao won his farewell fight yesterday, Saturday, October 21, 2017 in the 6th edition of the Fighters of the Caribbean. After some hard punches and kicks in the first two rounds, his opponent Jonasky ‘La Maquina’ Sojo from Venezuela did not come out of his corner in the next round.

After the participants weighed on Friday, October 20, at ’27’ in Punda, they kicked it off at ISC (International School of Curaçao) in Emmastad.

In the main bout Cedric Bacuna who weighed 71.8 kg fought Jonasky Sojo, 71.5 kg. After two rounds the fighter from Venezuela did not come out of his corner in the third and abandoned the fight.

Till now Cedric Bacuna fought more than 80 Muay Thai and kickboxing fights and won many great fighters, like winning the world champion Wanlop Sitpholek from Thailand and winning multiple world champion L’houcine “Aussie” Ouzgni by TKO. One of his highlights was in 2011 by winning the Championship belt of the WMTA (World Muay Thai Association) in the A-class Middleweight (-72,5 kg).

The results of the fights in the 6th edition of the Fighters of the Caribbean:

All ready to rumble