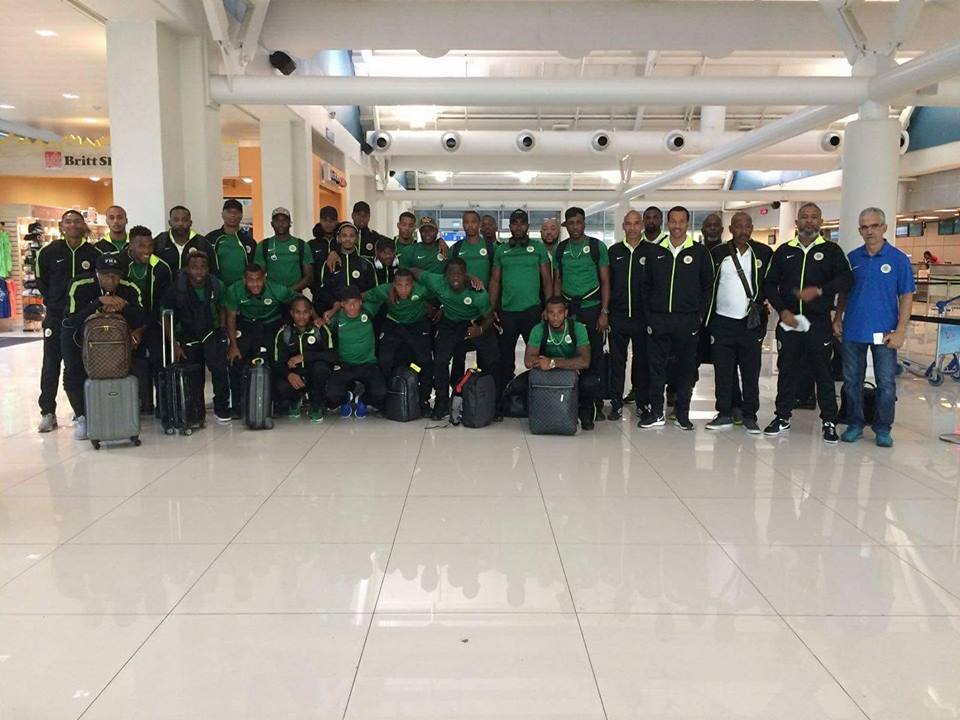 Curaçao is one of the teams competing for the crown of Caribbean Champion. The other 3 squads are: Jamaica, Martinique and French Guiana. Curaçao will face Martinique tonight, June 22nd 2017.

The 2017 Caribbean Cup will be the 19th edition of the Caribbean Cup, the biennial international men’s football championship of the Caribbean region organized by the Caribbean Football Union (CFU).
Martinique was announced as host on January 25th, 2017, winning over bids of Curaçao and French Guiana. The draw for the semi-finals was also conducted on the same day at the CFU office in St. John’s, Antigua and Barbuda.
Guyana’s FIFA referee Sherwin Moore and Assistant Referee Trevor Porter will officiate at the finals.
Jamaica is the defending Caribbean Cup champion. The Boys will take on French Guiana in what should be a thriller at the Stade Pierre Aliker in Martinique’s capital, Fort-de-France. Kick-off is at 6:00 pm.
In the other contest of the semi-finals championship round of the regional tournament, Curacao will tackle Martinique at 8:30 pm.
The loser of the first match will face the loser of the second on Sunday for third place, while the two victors will cross swords for championship honours to bring the curtains down on the double-header.
All four teams have secured places in the 12-team CONCACAF Gold Cup slated for July 7-26 in 14 host cities across the USA.