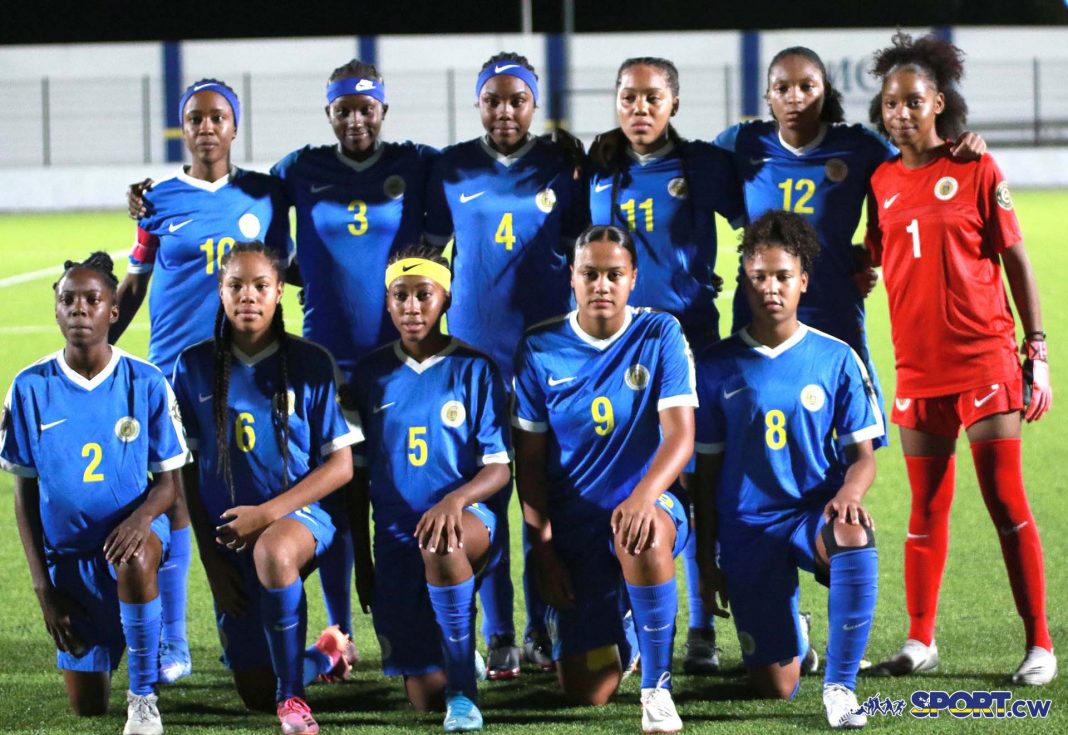 Curaçao won 1-0 against Antigua and Barbuda and finished first in Group C of the qualifying tournament for the 20 Concacaf Women’s U20 Championship. The squad qualified for the next round of the girls’ football championship aged 20 and under.

Besides Curaçao, did Suriname also qualified for the next round. The Surinamese selection triumphed 3-2 over Belize. With this second win in the qualifying tournament, this country finished first in group D.

Suriname and Belize were locked in a 2-2 draw at the hour mark thanks to braces from Suriname’s Saveira Gallant (8’, 55’) and Belize’s Khalydia Velasquez (16’, 41’). But in the 66’ the winning goal would come via an own goal from Belize’s Shanell Thomas to secure Suriname’s triumph.

Curacao clinched first place in Group C thanks to their 1-0 victory over Antigua and Barbuda. Sadeyah Rosa who scored two goals against Saint Lucia on the opening day of the tournament, scored the decisive goal in the 34’ to lift the home side to the precious three points.

In Group A, Saint Vincent and the Grenadines played to an exciting 1-1 draw with the U.S. Virgin Islands, earning each side their first point.

Tania Weyland had the US Virgin Islands in dreamland after scoring the opening goal in the 3’, only for Vincy Heat to respond in the 34’ through Denel Creese for a share of the spoils.

Bahamas collected a big win in Group B by downing Anguilla in a 1-0 final. Janeka Edey scored for Bahamas in the 8’ to give her side a 1-0 lead, and from there the Bahamas defense would do the rest to nail down the three points.