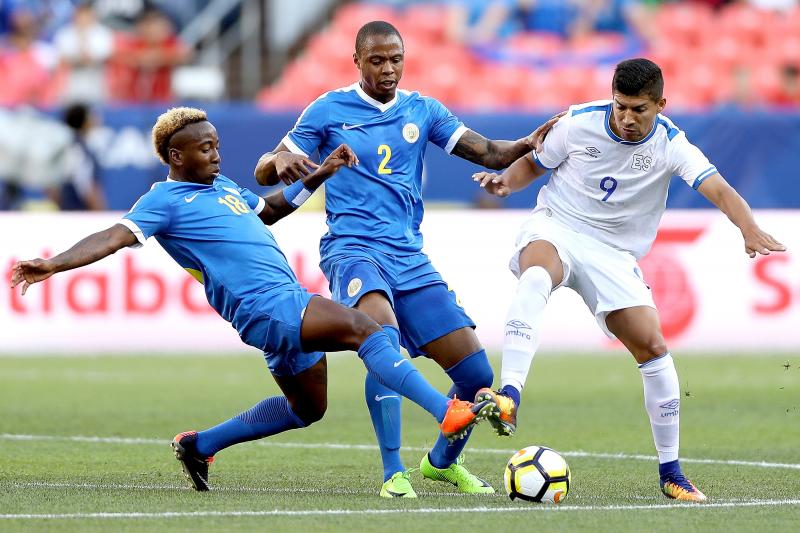 The second round of group-stage of the Gold Cup concluded Thursday in Denver, as El Salvador took on Curacao (2-0) and Mexico faced off with Jamaica (0-0).

Mexico and Jamaica both won their first match of the tournament, with El Tri laying claim to the top spot in Group C after having scored one more goal than the Reggae Boyz.

The stakes were relatively high for El Salvador and Curacao. A defeat for either side would have been a major blow with just one more round of matches ahead. Although the two best third-place finishers advance to the quarterfinals, four points might be the minimum amount required to move on in the tournament.

Two early goals were enough for El Salvador as they earned a 2-0 victory over Curacao. Gerson Mayen put El Salvador ahead in the 21st minute, and Rodolfo Zelaya doubled their lead three minutes later.

Curacao were somewhat fortunate to only lose by two goals. El Salvador owned a 20-9 advantage in shots and spoiled what were golden scoring opportunities later in the match.

Curacao got off to a bright start, though, and looked like they might take something away from the match before Mayen’s opening goal. The Curacao defense left him wide open in the 18-yard box, and he had plenty of time to beat Eloy Room at the near post.

A defensive breakdown also contributed to Zelaya’s goal. Gillian Justiana lost track of the 29-year-old forward, who slid a shot past Room at the far post off an assist from Nelson Bonilla.

Gevaro Nepomuceno could’ve halved the deficit for Curacao in the 44th minute. The referee awarded Curacao a penalty after Darwin Ceren handled the ball in the 18-yard box. Derby Carrillo dove to his right and saved Nepomuceno’s penalty to keep the clean sheet.

With the win, El Salvador are third in Group C and bumped Honduras as the last of the two third-place finishers who are currently in position to earn a quarterfinal berth.

Curacao, on the other hand, are in a tough spot since they’re essentially in a must-win situation against Mexico on Sunday. Even with El Tri fielding a weakened lineup in the Gold Cup, taking three points from the match won’t be easy for Curacao.

Jamaica didn’t register a shot on target over the 90-plus minutes, while 11 of Mexico’s 14 shots were off the mark as well.

Despite the fact he wasn’t on the touchline, Mexico coach Juan Carlos Osorio is unlikely to see less pressure after the draw. He was serving the second match of a six-match suspension issued by FIFA, so he was unable to offer his input during the match.

Still, El Tri’s performances have been up and down since he replaced Miguel Herrera in October 2015. The Gold Cup is supposed to be an opportunity for some of Mexico’s fringe players to make a big impression ahead of the 2018 World Cup in Russia.

Mexico remain on track to qualify for the quarterfinals, but supporters will likely expect more when El Tri take the field against Curacao.