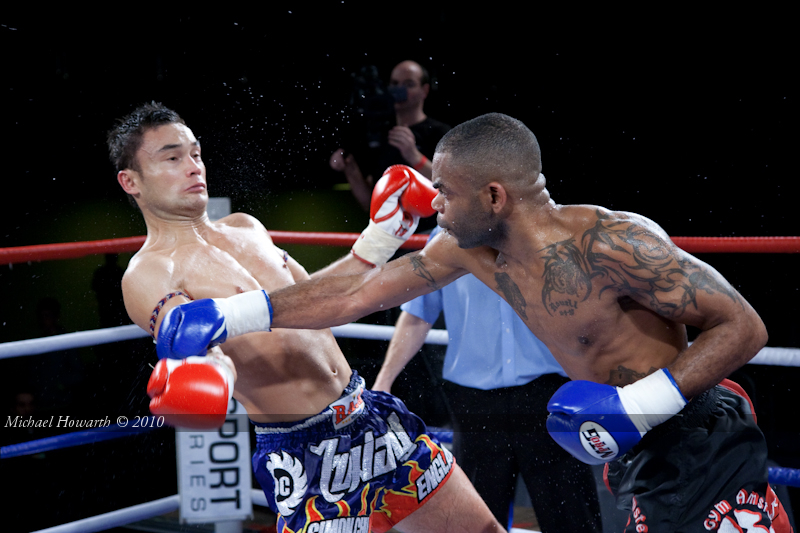 Cedric Bacuna from Curaçao will fight his farewell match on his own island in the 6th edition of Fighters of the Caribbean. His opponent in the main event of this is martial arts gala on Saturday, October 21st, 2017, is Jonasky “La Maquina” Sojo from Venezuela.

Next Generation Warriors will organize the 2017 edition of “Fighters of the Caribbean” at the ISC (International School of Curaçao) in Emmastad. The fights are under supervision of CUMAFE (Curaçao Martial Arts Federation).

The main event of t his year’s event, the 6th edition of Fighters of the Caribbean, is not only a high level one, but also a very special one with Cedric Bacuna (40). He lives in The Netherlands, but will represent his lovely Curaçao.

Cedric Bacuna fought more than 80 Muay Thai and kickboxing fights and won many great fighters, like winning the world champion Wanlop Sitpholek from Thailand and winning multiple world champion L’houcine “Aussie” Ouzgni by TKO. One of his highlights was in 2011 by winning the Championship belt of the WMTA (World Muay Thai Association) in the A-class Middleweight (-72,5 kg.).

Most of the times fighters get an easy opponent for their farewell fight, but not Cedric Bacuna. His opponent is not an easy one at all, but a Venezuelan pro-fighter that wants to keep his undefeated record in Muay Thai and kickboxing.

Jonasky “La Maquina” Sojo is a professional fighter from Venezuela. In Thai-kickboxing he is undefeated with 15 victories and 1 draw, in MMA he has 7 wins and 3 losses, in box he has 11 victories and only 1 defeat and in Sanda (Chinese kickboxing) he has 25 wins and 2 losses. The fight is scheduled 5 rounds of 3 minutes in the A-class (pro).

Also Brandon Fos (68 kg, 23 years) from Curacao/ Days gym NL will fight a B-class Muay Thai match vs Angel Leonardo Curvelo Ramos (68 kg, 23 years) from Venezuela. Brandon Fos lives in The Netherlands, but will represent Curacao. He has a record of 14 victories and only 1 loss. The fight is scheduled 5 rounds of 2 minutes in the B-class (semi-pro).

Grego Scharbaai of Baas Sports Curacao will fight his MMA pro debut against Venezuelan Antonio Jose Castillo Robles, which has already seven professional MMA fights. Grego Scharbaai (72 kg, 23 years) fought twice an amateur MMA fight in the cage, but fought more bouts in the ring as a boxer (4) and as Thai-kickboxer (5).

His opponent Antonio Jose Castillo Robles (70 kg, 23 years) from Venezuela has next to 7 MMA Pro fights a Muay Thai record of 5 wins and 1 loss. Scharbaai recently made a good impression by convincingly defeating his opponent from the Netherlands during the Honor Fight League. This was a Thai boxing fight. The fight is scheduled 3 rounds of 5 minutes MMA Pro rules.