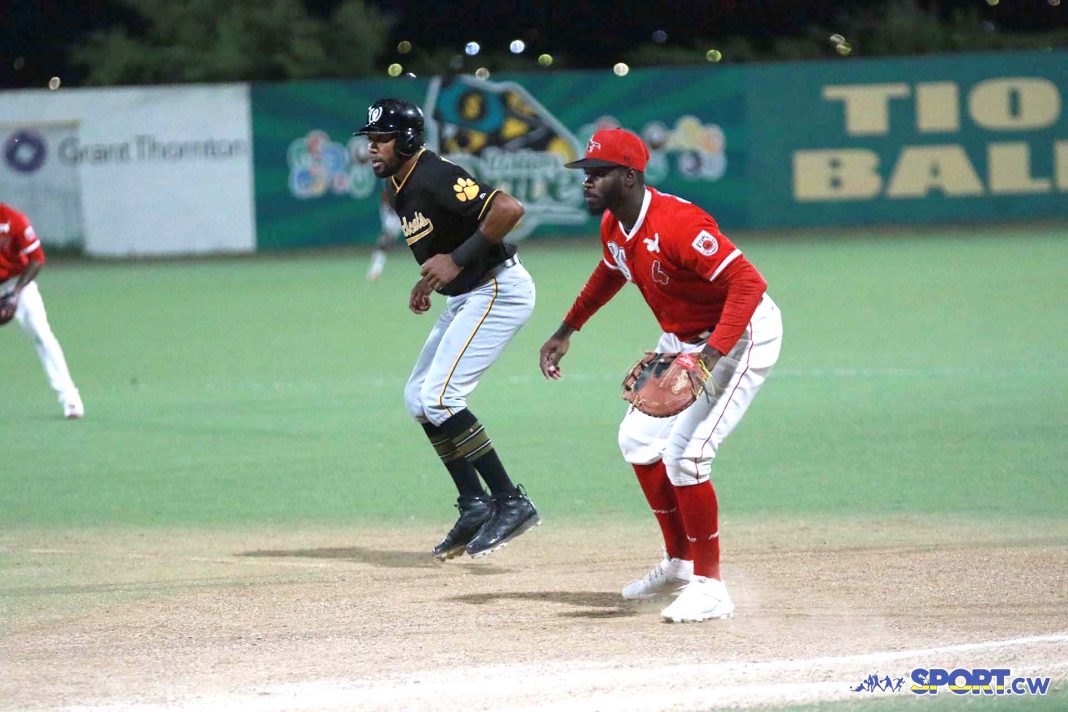 Royal Scorpions is still alive. The team registered its first win in the final of the Curaçao Baseball Championship 2021. Wild Cats was knocked out 12-2 in the fourth game. Despite this defeat, this team leads 3-1.

It was a do or die match for Scorpions. Wild Cats needed one more victory to crown themselves champion of Curaçao.

Both teams scored once in the first inning. With 2 runs in the third inning, Scorpions led 3-1. In the following fourth inning, Wild Cats scored 1 run and approached the opponent to 1 run: 2-3

However, Scorpions was on a roll at bat, scoring 3 runs in the fifth and leading to 6-2. A solo home run in the sixth inning by Raywendley van Gurp made the score 7-2.

In the seventh at bat, Scorpions broke loose. Five teammates crossed home plate in this inning. A salient detail here is that Kevin Moeskiet and Roderick Bernadina each hit a home run and were responsible for these 5 runs: 12-2. The chief umpire ended the match due to the knockout rule.

Pitcher Nelmerson Angela won the match. In seven innings, he gave up 2 runs on 6 hits. He struckout 3 batters while walking 4.