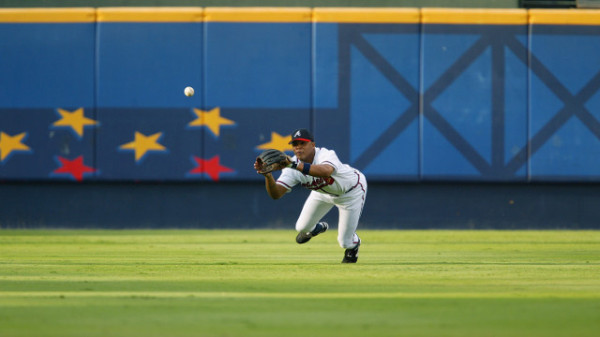 Andruw Jones from Curaçao is considered one the greatest defensive center fielder in history of the Major League Baseball. The former Braves slugger barely got enough support in his first year of National Baseball Hall of Fame eligibility, but stays on the ballot for future consideration.

Jones, who won 10 consecutive Gold Gloves with the Braves through 2007 and hit 428 home runs in a 17-year career, was named on just 7.3  percent of ballots cast by members of the Baseball Writers’ Association of America in results announced Wednesday.

Candidates must get at least five percent to remain on the ballot and can stay on it for a maximum of 10 years as long as they get at least that many votes.

Chipper Jones easily won election to the National Baseball Hall of Fame Wednesday in his first year of eligibility. Andruw Jones and Chipper Jones were cornerstones for the Braves during much of their run of 14 consecutive division titles.

The Curaçao native led the National League in home runs (51) and RBIs (128) in that 2005 season to finish as the NL MVP runner-up to Albert Pujols.