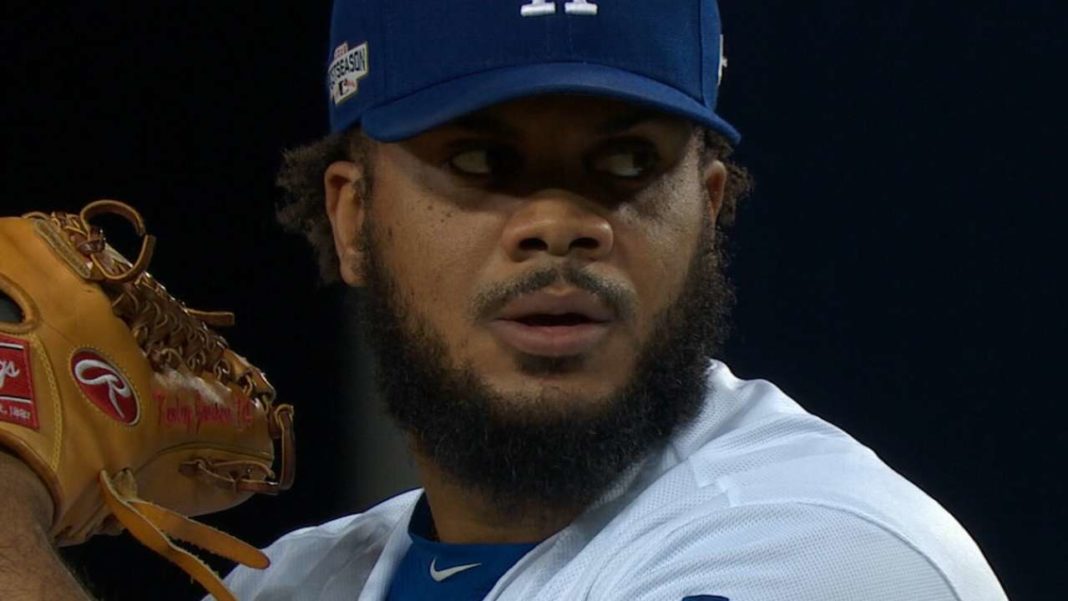 Pitcher Kenley Jansen from Curaçao is doing things that have never been done before. The closer of Los Angeles Dodgers has shattered the record for strikeouts without a walk to start the season, which previously stood at 36, but now stands at 48 strikeouts and counting.

This is an amazing feat considering as a closer he is often pitching in high leverage situations. Often times, a closer will be in a position where you have to intentionally walk someone to get a better matchup but Jansen hasn’t even had to do that.

Jansen has maintained a low walk rate over that last several years, but this season he’s been attacking the strikeout even more than ever before.

His strike rate is a career high 75.3 % which is 11.5 % higher than the MLB average, according to baseball-references.

His first pitch strike rate is a career best 78 %, which is a whopping 17.9 % higher than league average and has yet to be in a single 3-0 count this year.

What’s amazing is that Jansen is doing all this with opposing batters already knowing what pitch is coming, the cutter. Although Jansen does throw the occasional slider, it is his cutter that’s been his bread and butter pitch since he’s broken into the league. His confidence in his cutter seems to be at an all-time high coming off of last year’s dominant postseason performance.

This leads to the next question of how does Jansen’s cutter compare to the man that has the most famous cutter in baseball history, Mariano Rivera.

For years, Jansen has been considered to be the second coming of Rivera. The first thing that immediately stands out when comparing the two is that Jansen strikes out a lot more batters than Rivera ever did. Jansen for his career average has an astounding 14 SO/9 while Rivera was down at 8.2 SO/9.

It seems to be a lot harder to make contact with Jansen’s cutter as opposed to Rivera’s. Rivera’s contact percent for his career was 78.3 which is much higher than Jansen’s 66.1 percent.

However, one thing we have to take into consideration is the eras each pitcher has pitched in. Rivera pitched a majority of his career in the middle of the steroid era having to deal with the DH, while Jansen has pitched in a more pitching friendly time.

According to FanGraphs, Jansen’s cutter is thrown slightly harder than Rivera’s, averaging 92.8 mph compared Rivera at 91.3.

However, Fangraphs was only able to track Rivera’s number back to 2007 which are his age 37 to 43 seasons. Fangraphs also calculates Jansen’s cutter as having more movement. Jansen’s cutter has an average horizontal break of 9.6 inches while Rivera is at 7.0.

The one area Rivera’s cutter stands out over Jansen’s is that it was harder to get hits off his cutter when opponents made contact. Rivera allowed a .247 BA on his cutter over his last five years on balls put in play compared to Jansen who is at .273 for his career.

Jansen’s measures up really well with Rivera’s and based on the numbers, one could make the argument that it is actually a better pitch.

However, Jansen’s cutter won’t get the same respect as Rivera’s until he obtains a similar level of postseason success Rivera had. Rivera was a part of five championship Yankee teams and won the 2000 World Series MVP. He had a career 0.70 postseason ERA with 42 saves while Jansen has a 2.66 ERA and eight saves.

At the end of the day, both have great cutters that they use very differently from each other. Jansen’s is a power pitch that relies more on getting swings and misses for his outs while Rivera used his more to get ground outs that broke thousands of bats in the process.