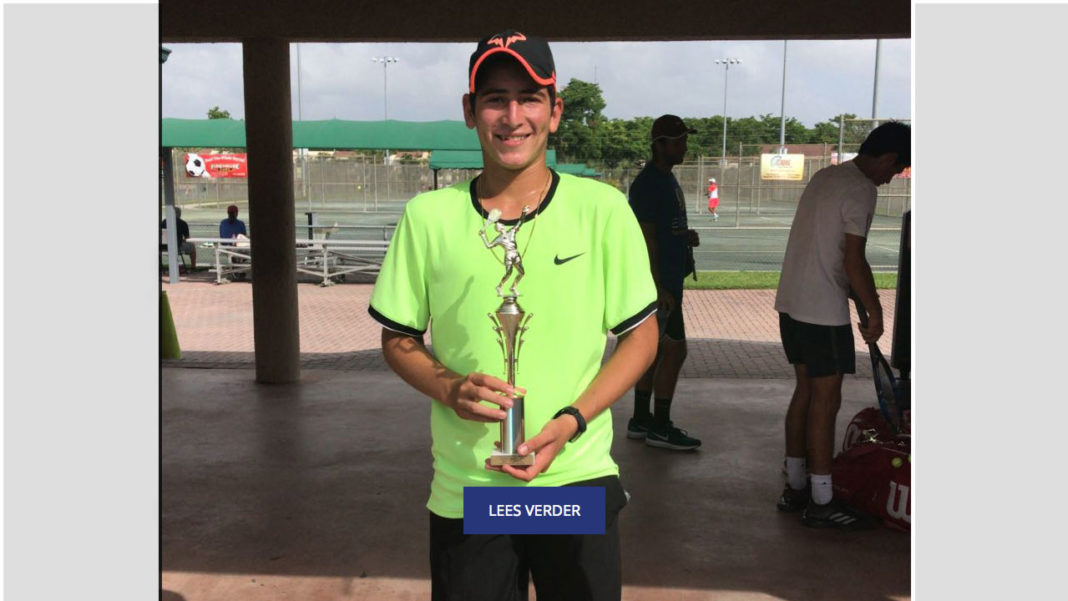 Gianluca Beaujon played his 3rd tournament during the last weekend and finished as champion of the consolation round of the Plantation Fall Level 6 USTA Tournament U16 at Plantation, Florida. The draw consisted of 32 players.

The youngster Beaujon is attending the Evert Tennis Academy and is participating in different tournaments.

After losing his first match in Florida against the number 1 seed Chad Friedman of Boca Raton, the tennis player from Curaçao won 6-2 and 6-2 and afterwards 6-3 and 6-2 to reach the semi finals.

Beaujon won the semi’s with 6-4 and 6-4 of Gavin Browne of Boca Raton and in the finals he defeated Jullian Pollak of Hollywood, Florida: 6-3 and 6-3.