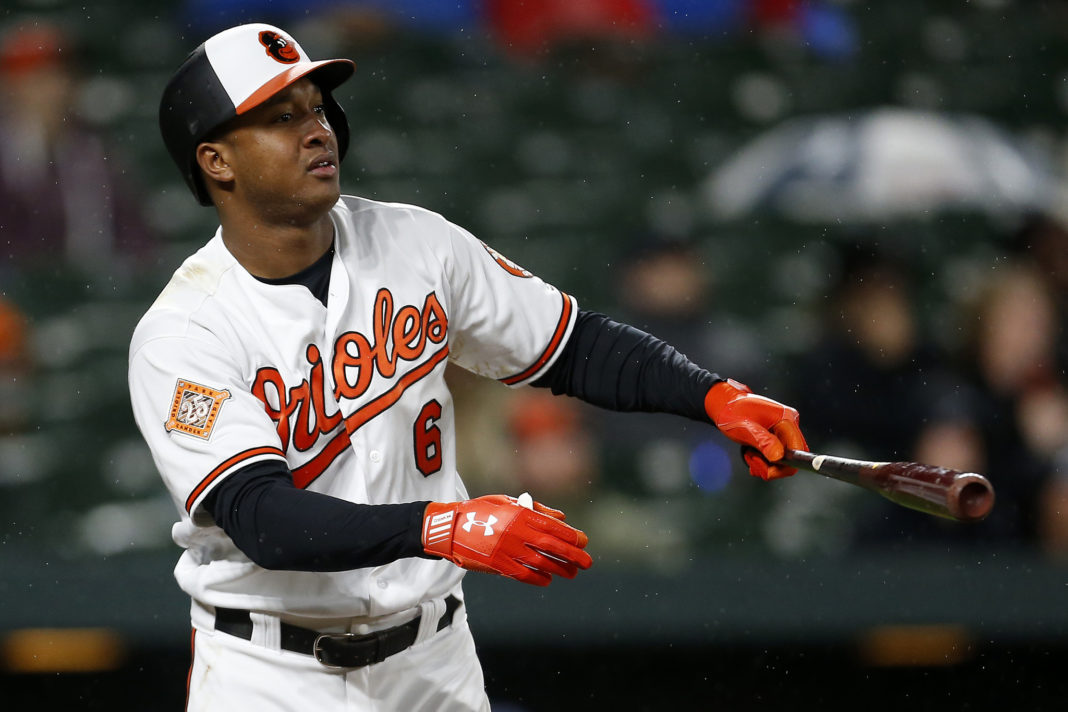 Jonathan Schoop from Curaçao has been named Monday, July 24th, the American League Player of the Week for the period ending July 23. The Baltimore Orioles second baseman had indeed a tremendous week.

Schoop batted .433 (13-for-30) with eight runs scored, two doubles, three home runs and 16 RBI over seven games played to earn his first career AL Player of the Week Award.  Among AL leaders, the Curaçao native finished the period first in RBI; tied for first in hits, home runs and total bases (24); second in runs scored; tied for third in extra-base hits (5); and fourth in slugging percentage (.800).

This is Baltimore’s first weekly award of the season, and the first since Schoop’s teammate Chris Davis took home weekly honors last season on June 13.

On Friday night against the Houston Astros at Camden Yards, the 25-year-old recorded his 20th home run on the season, reaching the 20-homer plateau for the second consecutive season. During his breakout campaign in 2016, Schoop played in all 162 games, tallying 38 doubles, 25 home runs and 82 RBI.

Schoop, who earned the first All-Star appearance of his career this season, blasted home runs in three consecutive games from July 20-22, accomplishing the feat for the first time this season, and the second time in his career (also September 2-4, 2014).

Having recorded an RBI in seven consecutive contests during his award-winning week, the Curaçao native enters play today tied for the third-longest streak in the Majors this season for consecutive games with an RBI. In addition, Schoop logged multi-RBI efforts in five consecutive games from July 18-22, matching Arizona’s Paul Goldschmidt and Colorado’s Charlie Blackmon for the longest multi-RBI streak in the Majors this season.  Entering play today, Schoop paces all AL second basemen with 21 round-trippers and 70 RBI.

In recognition of his American League Player of the Week Award, Jonathan Schoop will be awarded a watch courtesy of Rockwell.