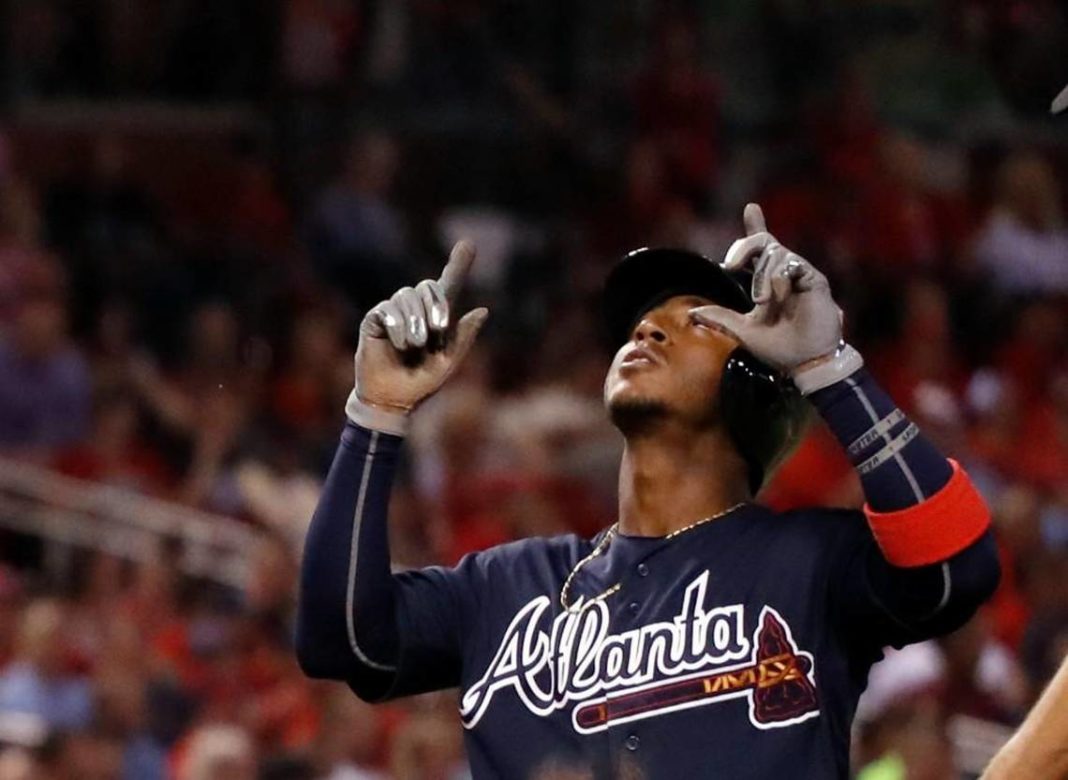 Ozzie Albies swats Friday his second home run in 9 games in the Major League Baseball. The Curaçao native went 2-for-4 in the Braves’loss to the Cardinals: 5-8.

Albies’ homer capped a four-run sixth inning and got the Braves to within a run at 6-5 and stunned a red-clad crowd of 41,928. The Cardinals how ever added two runs in the eighth inning.

The second baseman from Curaçao has six hits and six RBIs in his first nine games, all the RBIs on a pair of three-run homers. His first major league hit was a three-run shot in the ninth inning of a 7-4 loss to the Dodgers in his third game.

Albies also had a single in his first at-bat Friday to give him his first multi-hit game in the first road game of his career. His three-run homer in the sixth off Brett Cecil was a no-doubt-about it pulled shot to the left-field seats.

The Curaçao native has shown some surprising power this season, hitting nine homers in 97 games for Triple-A Gwinnett and now popping two in his first nine games with Atlanta.