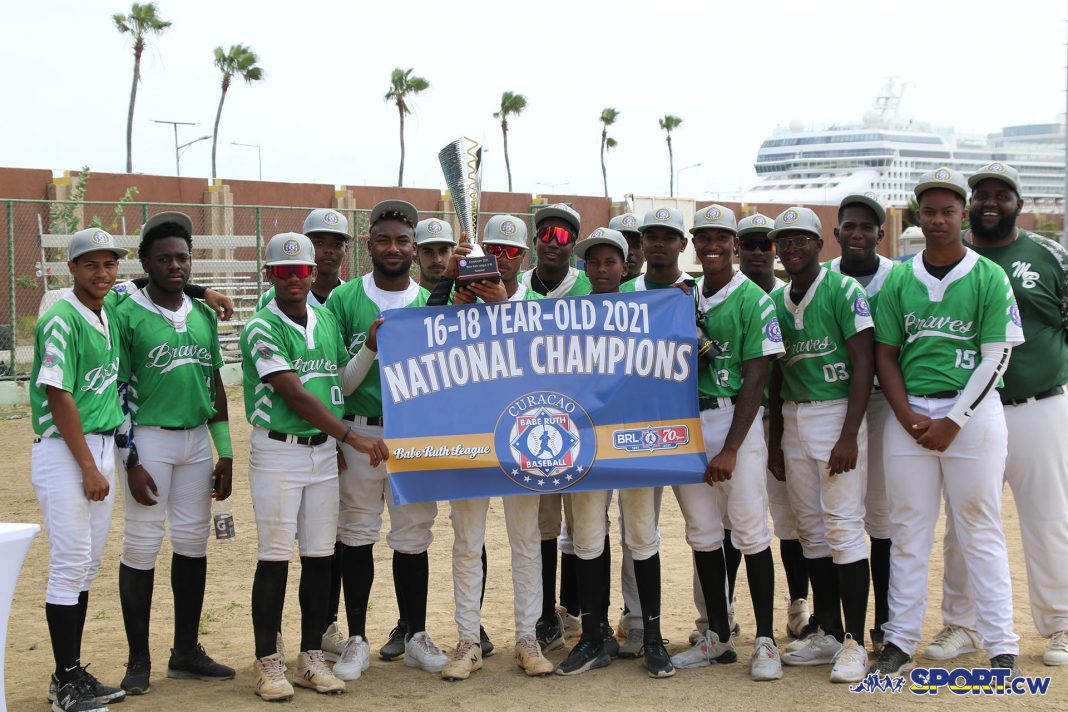 The first edition of the Babe Ruth Baseball Tournament on Curaçao was won by Marchena Braves. The team defeated Royal Scorpions in two games in the final series. Roangeraud Fraai of Marchena Braves was chosen as Most Valuable Player of the tournament.

The best of three final series of the 1st Babe Ruth Baseball Tournament were played Saturday and yesterday, June 19 and 20 in the Johnny Vrutaal Stadium.

Scorpions and Braves advance to the finals by beating Sta Rosa Indians and St. Michiel Sharks in the semifinals, respectively. The Indians were at first the obvious favorites to win the tournament.

In the first final game, Braves led 7-1 by 6 runs in the second inning. The team did not relinquish this lead.

Braves took in the second game in the final, again a early lead. The team already led 7-2 in two innings. Except in the fifth at bat, this team was able to score in the next four innings, while Scorpions last scored 3 runs in the third inning. By winning 13-5, Braves claimed the championship title in the inaugural edition of the Babe Ruth Baseball Tournament.