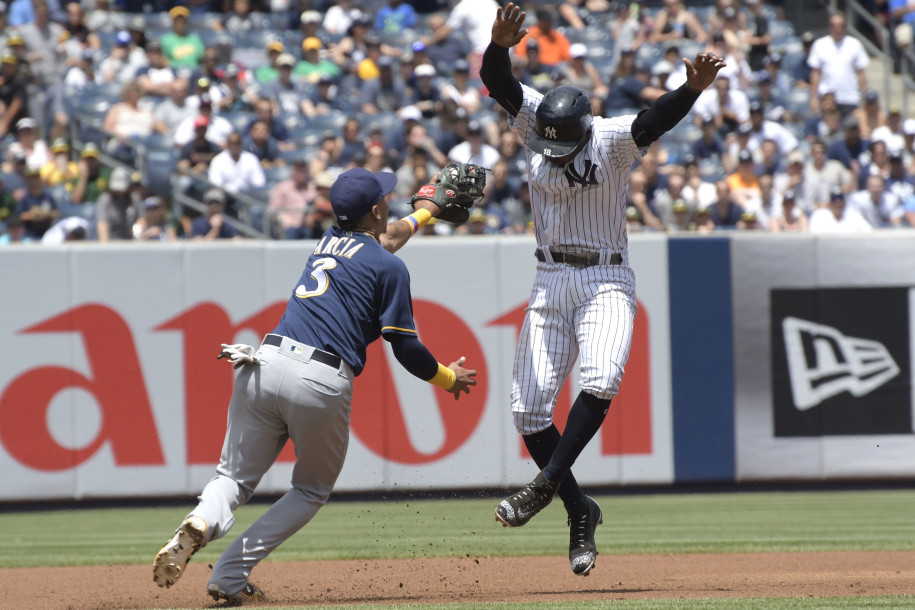 Marieckson ‘Sir Didi’ Gregorius made Tuesday night a base-running error that resulted in his team’s first triple play in six years. But the Curaçao native made up for his mistake by hitting later on a homerun in the New York Yankees win over Cincinnati Reds: 4-2.

Gregorius went 2-for-3 with two RBIs, and extended his hitting streak to seven games. Over that span, he is hitting .560 (14-for-25) with four home runs and zero strikeouts.

“The whole trip I think I was feeling good, and not trying to miss every pitch, and stay consistent, which I think is the hardest part of the game,” Gregorius said. “You’ve got to work on that. … Before that, I had a couple weeks without getting any hits, but it finally turned around.”

After the Reds cut their deficit to 3-2 in the eighth inning, the Yankees’ lead didn’t feel safe, with the bullpen restoring Cincinnati’s confidence, and a struggling Aroldis Chapman scheduled to enter in the ninth.

Then, after two quick Yankees outs in the bottom of the inning, Gregorius homered to right-center off Michael Lorenzen. It was Gregorius’ 15th home run of the season, and his third in the past two games.

“He’s just not missing his pitches,” manager Joe Girardi said. “You look at that last at-bat, he fouls a few pitches off until he gets one that he can handle. When you’re going good, that’s what happens.”

What happened in the second inning is still hard for anyone who was at Yankee Stadium to comprehend.

With the bases loaded and no outs, Todd Frazier hit a ball hard to Reds shortstop Jose Peraza. Gregorius, who was on second, broke back for the bag, but the ball dropped, with Peraza turning two quick outs. Instead of then running to second, or going all out for third, Gregorius got caught between the bases, and eventually was tagged out in a rundown, producing the rare triple play.

“It’s a line drive, so you got to go back on a line drive,” Gregorius said. “I tried to go back, and then it bounced, and it was kind of right in between, so I started running to third, but I was caught halfway.”