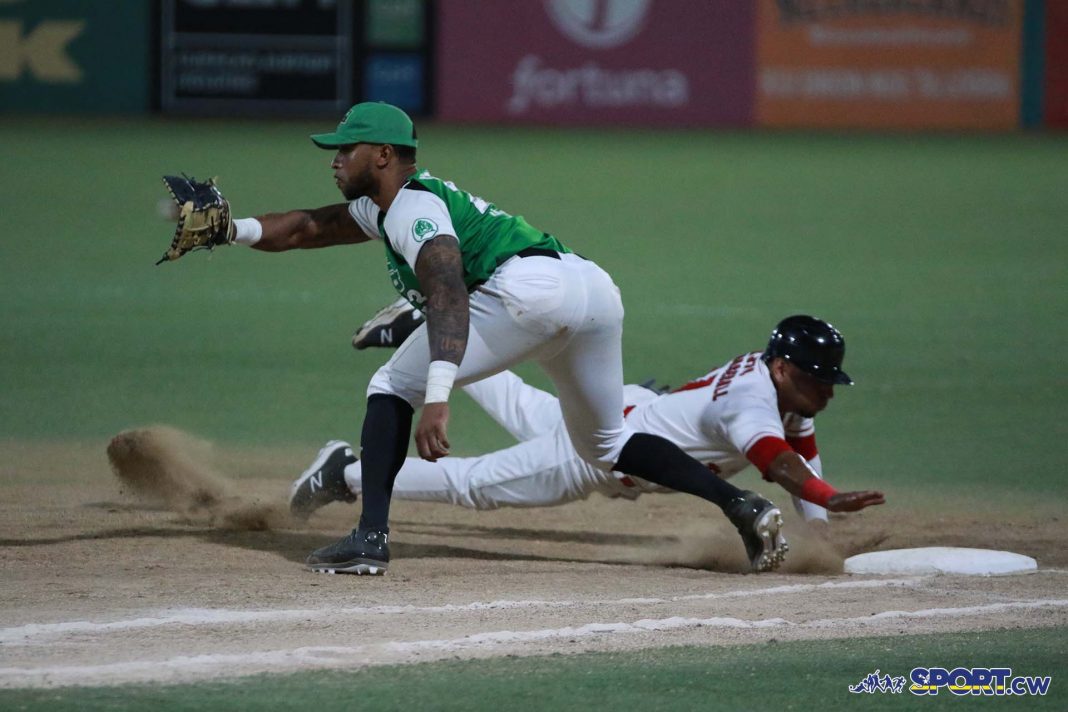 Royal Scorpions has tied the semifinals against Sta Rosa Indians tonight, Wednesday, September 29, 2021. The team narrowly defeated the current champion at the Tio Daou Ballpark: 7-6. This series will be continued on Saturday in the Johnny Vrutaal Stadium.

The play-offs in the premier league of the Federashon Beisbòl Kòrsou (Febeko) are in full swing. Wild Cats is leading 2-0 against Sta Maria Pirates, while the series between Sta Rosa Indians and Royal Scorpions is 1-1.

Royal Scorpions started the second game in the semifinals energetically. The team scored 1 run in the first at bat and added 4 runs in the second inning to take a 5-0 lead. Only in the third inning was Sta Rosa Indians able to score 1 run: 1-5.

With three runs in its fifth at bat, Sta Rosa narrowed the deficit to 1 run: 4-5. In the bottom of the same inning, Royal Scorpions scored 2 more runs: 7-4. Hereafter, the current champion managed to add 2 runs in the sixth inning. Both teams did not score after that, with Royal Scorpions claiming the win: 7-6.

Pitcher Nemerson Angela won the match for Royal Scorpions. He gave up 5 runs on 6 hits to the opponents in 5.1 innings. He allowed a home run and struckout 5 batters.

Curtney Doran, Jadon Gosepa and Roderick Bernadina excelled at bat for Royal Scorpions. Doran ended with 2 basehits in 3 at bats. Gosepa was also good with 2 hits but in 4 at bats. He was able to bring in 2 runs with his hits. Bernadina had 1 hit in 3 at bats. This was a home run.

Pitcher Marc Hemp suffered the defeat for Sta Rosa Indians. His teammates Riordan Windster and Swindley Lint finished with the best batting figures. Windster had 2 hits in 4 at bats and batted 2 runs in. Lint ended with 1 hit in 3 at bats, a home run.