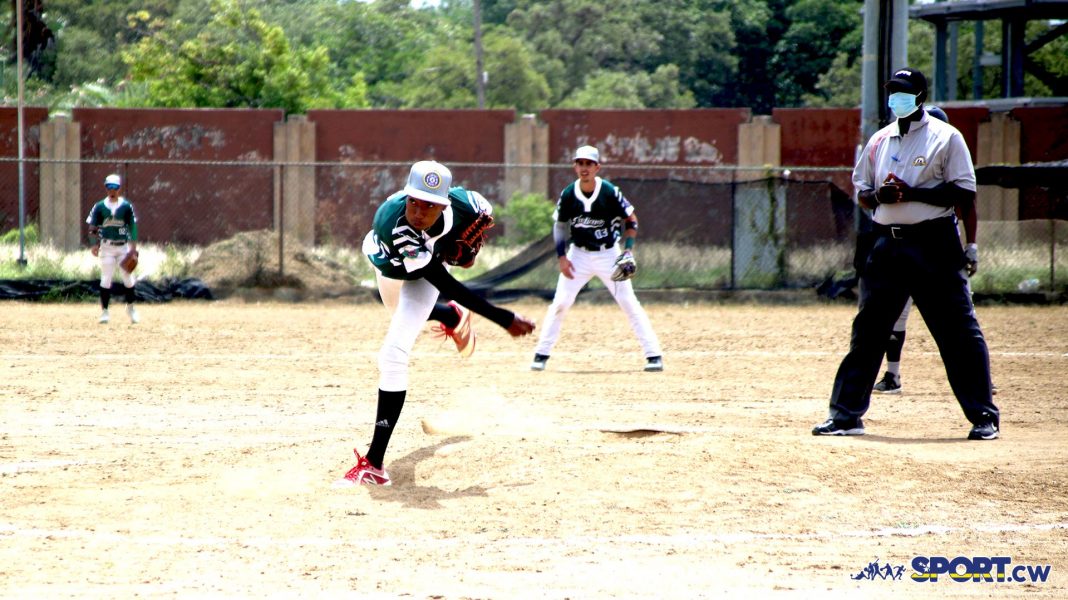 After all sports events on Curaçao were postponed due to Covid-19, can Curaçao fans now again attend baseball matches. The first edition of the Babe Ruth Tournament is now being played. The venue: Johnny Vrutaal Stadium.

This competition is intended for youth baseball players up to the age of 18. Six teams play in the main group for players aged from 16 to 18 years old.

The youth baseball tournament is organized by the Babe Ruth League Curacao, appointed commissioner Chairon Isenia. This organization is part of the Curacao Baseball City Foundation.

The tournament pays tribute to the legendary Babe Ruth. George Herman “Babe” Ruth Jr. (February 6, 1895 – August 16, 1948) was an American professional baseball player whose career in Major League Baseball (MLB) spanned 22 seasons, from 1914 through 1935. Nicknamed “The Bambino” and “The Sultan of Swat”, he began his MLB career as a star left-handed pitcher for the Boston Red Sox, but achieved his greatest fame as a slugging outfielder for the New York Yankees. Ruth established many MLB batting (and some pitching) records, including career home runs (714) and runs batted in (RBIs) (2,213).

Babe Ruth is regarded as one of the greatest sports heroes in American culture and is considered by many to be the greatest baseball player of all time. In 1936, Ruth was elected into the Baseball Hall of Fame as one of its “first five” inaugural members.

In the main group of the Babe Ruth Tournament the following scores were recorded over the weekend: Marchena Braves vs Royal Scorpions 8-4,  Suffisant Royal Magic vs Marchena Braves 3-19, Sta. Rosa Indians vs Royal Scorpions 14-4, St. Michiel Sharks vs  Suffisant Royal Magic 13-2, The Champs vs Sta. Rosa Indians 1-16 and The Champs vs St. Michiel Sharks 0-13.

The Babe Ruth Tournament will continue next weekend with several games in the Johnny Vrutaal Stadium.