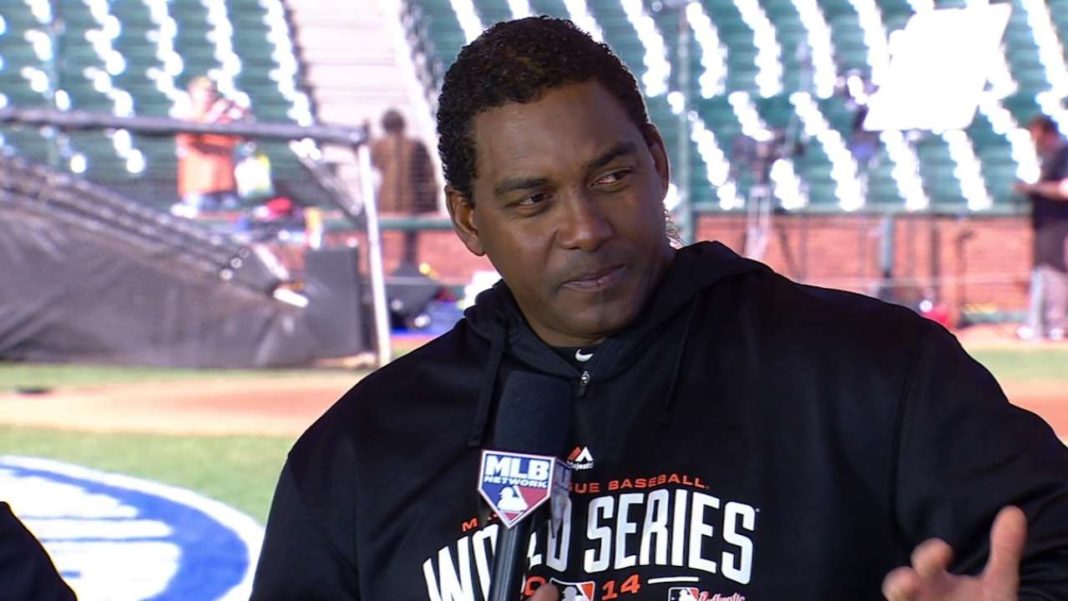 The search for the next New York Yankees’ manager has concluded, and Hensley Meulens wasn’t picked in what could be considered something of an upset.

On Friday, the New York Yankees finally made their choice of manager, picking the man to be Joe Girardi‘s successor. After a long series of interviews, the team had two finalists: San Francisco Giants’ bench coach Hensley Meulens and ESPN analyst Aaron Boone. Ultimately, it was not Meulens who was chosen, coming in second behind Boone, who is the Yankees’ new manager.

Boone beats Meulens in his playing credentials. While Meulens played seven seasons as a big league and hit .220/.288/.353 in only 182 games, Boone played 13 seasons, hit .263/.326/..425 in 1,152 games, and was an All-Star in 2003 and was a key deadline acquisition that helped them to the World Series that year. He hit one of the most famous home runs in Yankee history, clubbing an 11th inning walk-off against the archrival Boston Red Sox in game seven of the ALCS.

Boone also has baseball in his blood. He’s a third-generation big leaguer, being the grandson of Ray Boone and the son of Bob Boone. His brother, Bret Boone, also played in the majors. Bob was a manager after his playing career, coaching two teams for a combined six seasons. Bob managed his son from 2001 to 2003 when he was the Cincinnati Reds’ skipper. Ray was a scout in the Boston organization for a long, long time after his playing career ended.

In terms of managerial experience, or coaching experience in general, Boone has no résumé. Immediately after retiring following the 2009 season, he joined ESPN as an analyst, and he’d be in that position until his hiring with New York.

Meulens, on the other hand, has been in various coaching positions for well over a decade. He began coaching in rookie ball in 2003, then became Triple-A hitting coach in the Pittsburgh Pirates’ organization in 2005. He joined the Giants’ organization in the same capacity in 2009, and was named the team’s big league hitting coach during the 2010 season, where he had been before this offseason, when he was moved to bench coach.

On the Giants’ big league staff, Meulens was the hitting coach for all three World Series wins, and his team’s offenses routinely ranked among the game’s best in park-adjusted statistics. He even has managerial experience, albeit not as an MLB manager, but he headed up the Netherlands team in the last two World Baseball Classics. The Dutch team finished fourth in both competitions.

There’s really no competition between the two when it comes to coaching experience. Meulens has been there and done that, and the same can’t be said about Boone.