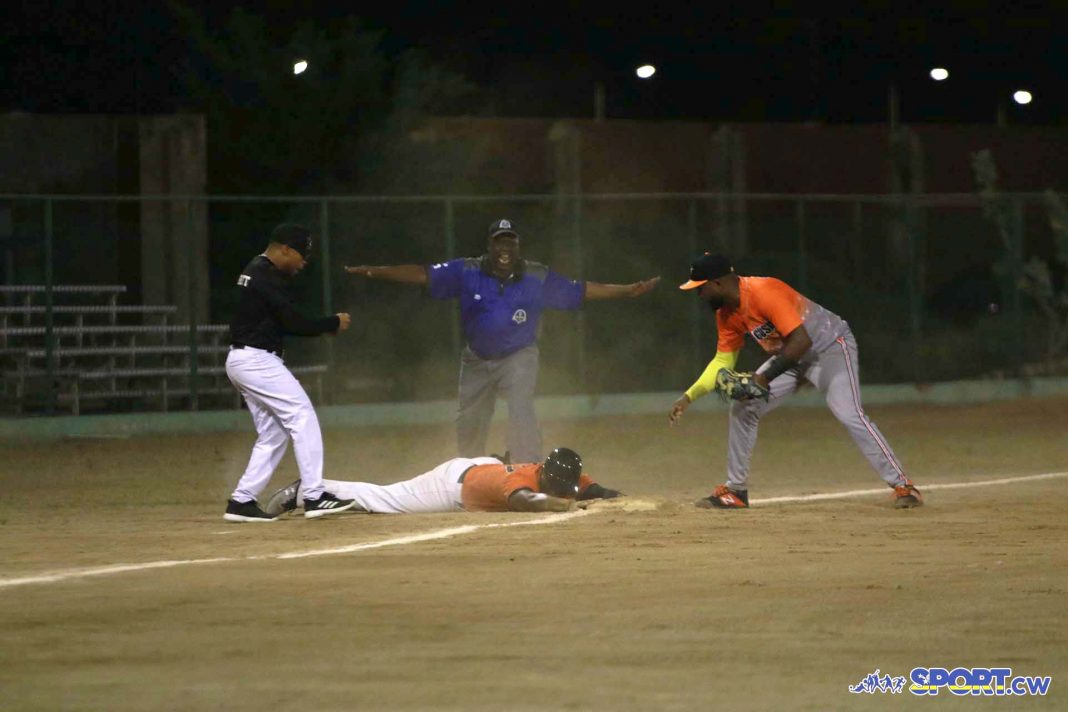 Sta Maria Pirates has won the battle for the wild card. The team defeated tonight Wednesday, October 22nd,Groot Kwartier Stars 10-7 to qualify for the semifinals. Wild Cats is the next opponent in this series.

The match between Sta Maria Pirates and Groot Kwartier Stars was the start of the play-offs in the main division of the Federashon Beisbòl Kòrsou (Febeko), Liga Amstel Bright. This game was played in the Johnny Vrutaal Stadium in Otrobanda.

The Pirates took the lead in its very first at bat: 1-0. In the top of the second inning, the Stars from Groot Kwartier tied the score 1-1. Sta Maria ran out again in the bottom of the same inning: 2-1.

With 2 runs in the top of the third inning, Groot Kwartier turned the score around: 3-2. The joy was short-lived, however, as Sta Maria tied the score 3-3 with another run in the bottom of this at bat.

The game was tied through the sixth inning. Both teams scored a run in the fifth inning: 4-4.

Groot Kwartier scored another run in the top of the seventh inning to again take distance from the opponent (5-4). Sta Maria broke loose at bat in the end of this inning. Five Pirates crossed home plate: 9-5.

Groot Kwartier narrowed the deficit to two runs with two runs in the seventh inning. With one more run in the second half of this batting, Sta Maria secured the win (10-7) and advanced to the semifinals.

Pitcher Ruwensly Bonifacio claimed the win for Sta Maria Pirates. He replaced starting pitcher Lousandry Henriette in the third inning, who gave up 3 runs on 5 hits in 2.1 innings. Bonifacio gave up 4 runs on 3 basehits.

Johannes Gregorius Jr excelled at bat for Sta Maria Pirates. He appeared in the batter’s box four times and registered 3 basehits. His teammate Jonathan Martijn hit a homerun in three at bats and also batted 5 runs in.