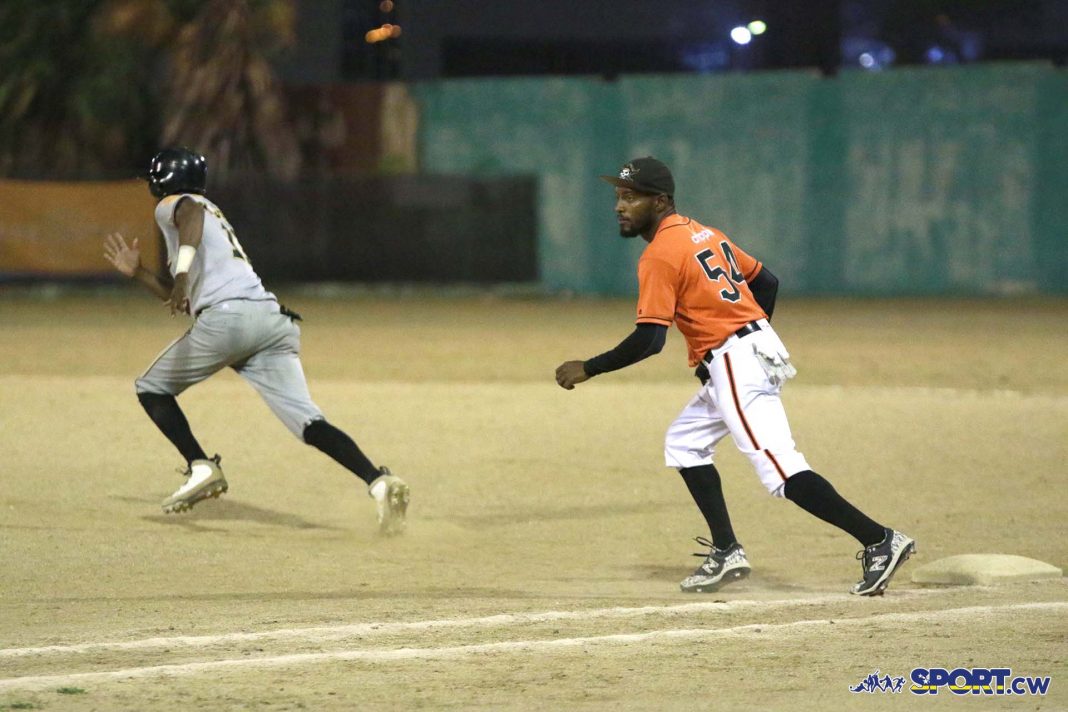 Wild Cats qualified for the final of the Curaçao Baseball Championship tonight, Sunday, October 3, 2021. The vice-champion defeated Sta Maria Pirates by a score of 9-3 in the fourth game of the semifinals. The team now awaits the winner of the series between Royal Scorpions and Sta Rosa Indians.

In yesterday’s game, Saturday, October 2, 2021, Royal Scorpions narrowly defeated Sta Rosa Indians: 5-4. Both teams scored in their first at bat. With 2 runs in the third and 1 run in the fifth inning , the current champion led by 4-1.

With 1 run in the seventh inning, Royal Scorpions narrowed the deficit to 2-4. In the eighth at bat, three scorpions crossed home plate: 5-4. After this, the teams didn’t score anymore and Royal Scorpions claimed the second win in the semifinals.

Pitcher Ruderly Manuel won the game after replacing starting pitcher Ramses Jamanika in the third inning, who gave up 3 runs in 2 innings. Manuel gave up 1 run on 3 hits and struckout 3 batters.

Kevin Moesquit, Stephan Vidal and Jadon Gosepa excelled in the batter’s box. They had each 2 hits in 4 at bats. Gosepa managed to bat in two runs for Royal Scorpions, which now need one more win to qualify for the final.

In that final awaits Wild Cats which defeated Sta Maria Pirates 9-3 today, Sunday, October 3, 2021. After three innings, the game was tied 3-3. With 6 runs in the sixth inning, Wild Cats led to 9-3 to claim the win.

Starting pitcher Joharvi Martinus won the game. In seven innings, he had 3 runs on 5 hits. He walked 5 and struckout 9 batters.

Carlton Daal had the best batting figures. He had 2 hits in 3 at bats. His teammate Alexander Rodriguez hit a home run to bring in 3 runs for Wild Cats.