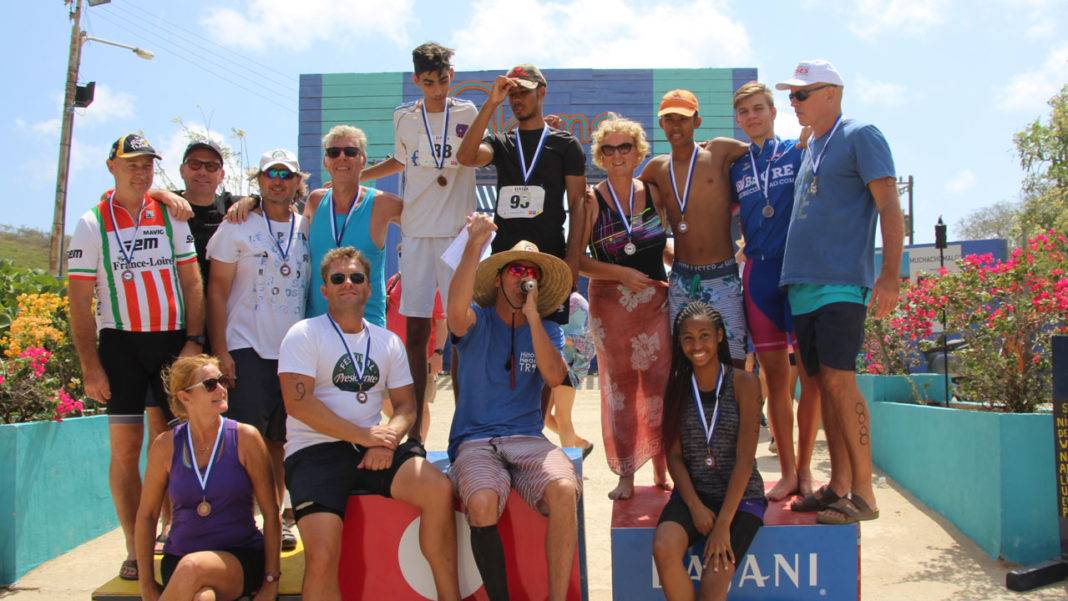 This sprint distance is a memorial to Krijn Mostert, who is one of the pioneering members of the Curacao triathlon community. It is attended by friends, family and local triathletes.

Participants included local Curacao talent and athletes from as far away as South Carolina, USA. Over 30 children aged between 6 and 14 attended the Saturday kids race, which culminated in a raffle for great prizes the children enjoyed.

The adult race (swim 750 m, bike 15 km and run 5 m) featured some drama and fun. Third place overall finisher in the Men’s category (first in his age group) Remco Osnabrugge carried his bike with a flat tire from the road across the finish line to transition to a strong run.

But the Sunday belonged to Cory Giesselman, who was the overall first place winner dominating the field with an epic race hot on the heels of a 4:48 showing at last week’s iron man Haines City 70.3 in Florida.

The top relay team was in a field of 21 teams. It should be mentioned that Curd Evertsz was in attendance racing on the relay team and collecting standing orders for his SO1000 campaign.

Next stop on the triathlon calendar is the sta Barbara  Olympic Triathlon sponsored by Karcher May 6th. Visit http://triathlon-curacao.com for more details.