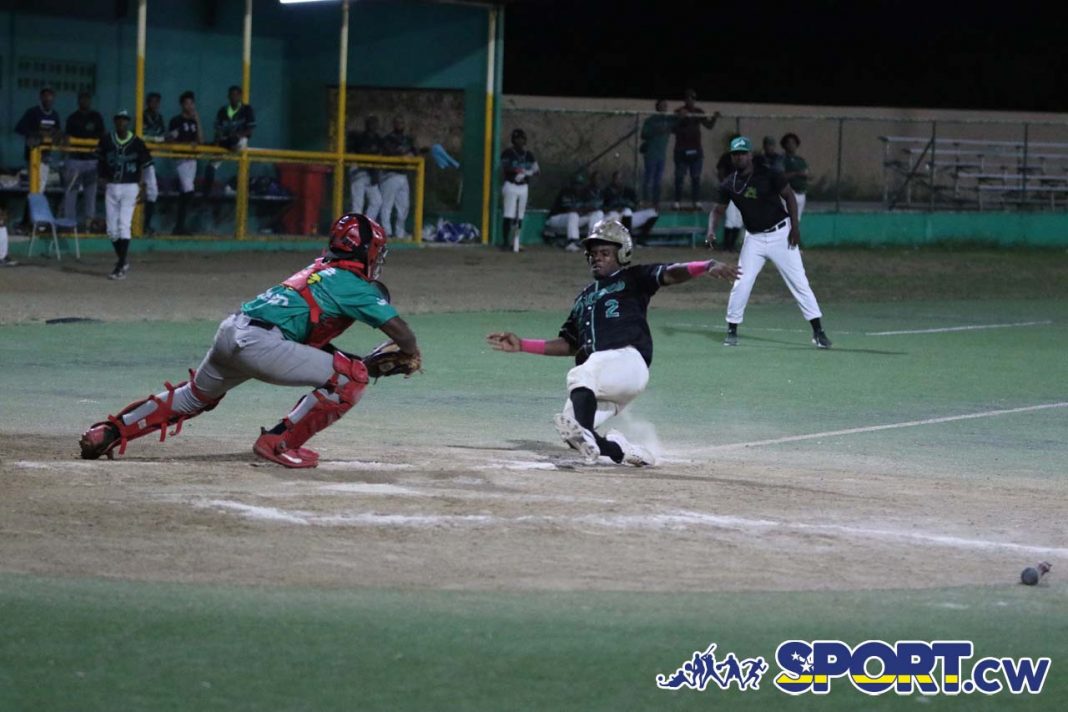 Marchena Braves won yesterday, Tuesday, September 27, 2022, with a big score from Sta Rosa Indians. The Braves led 12-10 after seven innings. The Indians scored 2 runs in the eighth inning to tie the score 12-12, then the Braves claimed victory with 9 runs in their last at bat: 21-12.

With 4 runs to 1 in the first inning, Marchena led 4-1, Then in the second inning, four Indians crossed home plate for Sta Rosa to take the lead: 5-4.

In the following innings, Sta Rosa scored 1 run (third inning), 3 runs (fourth) and 1 more run (fifth inning), while Marchena in turn scored 2 runs in his next four at bats. With 2 runs in the eighth inning, the Indians tied the score: 12-12.

However, the Braves broke loose with 9 runs in the closing eighth inning: 21-12. Due to the time limit being reached, the chief umpire ended the match with this score in favor of Marchena Braves.

Pitcher Marshun Pieters claims the victory. In two innings, he gave up 2 runs and 3 hits. He was the third pitcher to play for Marchena. Pitcher Shurendy Mariano led off on the mound and was relieved in the fourth inning by Elroy Philips who gave way to Pieters in the seventh inning.

Clyron Franklin finished as the leading hitter of the game for Marchena Braves. He had 5 hits in 5 at bats, including a home run. With his hits, he batted in 4 runs and scored four times himself.