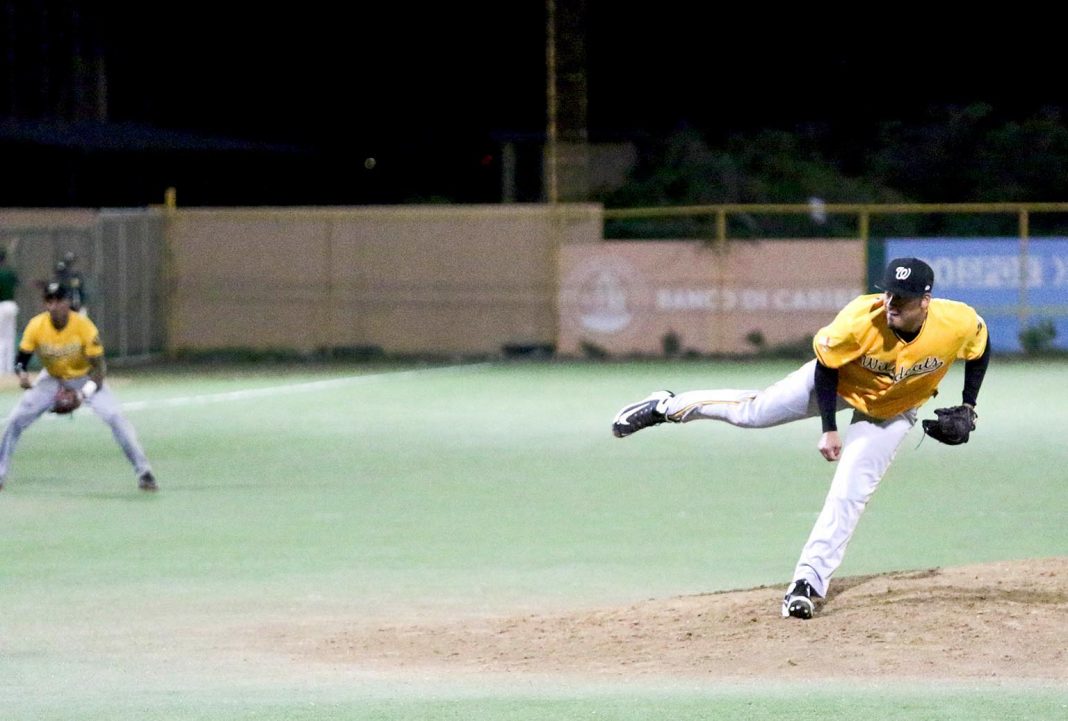 Wild Cats and Royal Scorpions have won their series against Marchena Braves and Groot Kwartier Stars respectively. They beat their opponents with convincing numbers. The Curaçao Baseball Championship will continue in the weekend with the series between Sta Maria Pirates and Fire Birds.

A reasonably large audience found their way back to the stadium to watch the games.

In particular, the second match between Wild Cats and Marchena Braves attracted a lot of fans. Many wanted to watch Jair Jurrjens, former Atlanta Braves pitcher who has played in Major League Baseball (MLB).

Marchena Braves watched that game slip away early and couldn’t recover in a 10-0 loss to Wild Cats on Tuesday. Jurrjens pitched his team to the victory. He didn’t allowed hits and runs over five and a third innings, striking out eight.

Richard Moesker and Bryan Biegel entered the game out of the bullpen and helped to close out the game in relief.

The Cats won the first match of the series against Marchena Braves with 8-0.

In the second match tonight Scorpions scored in the first inning on home runs by Kevin Moesquit and Reyhan Fecunda and a single by Curtney Doran.

Raywendly van Gurp followed them in the second inning with another home run, while Doran and Yurdion Marti did hit singles.

Cerilo Soliana earned the win for Royal Scorpions. He surrendered two runs on three hits over five innings, striking out four and walking one. Gavenee Virginie and Ramses Jamanika entered the game out of the bullpen and helped to close out the game in relief.

Marvel Ocalia took the loss for Groot Kwartier Stars. He allowed two runs on one hit and walked one. 