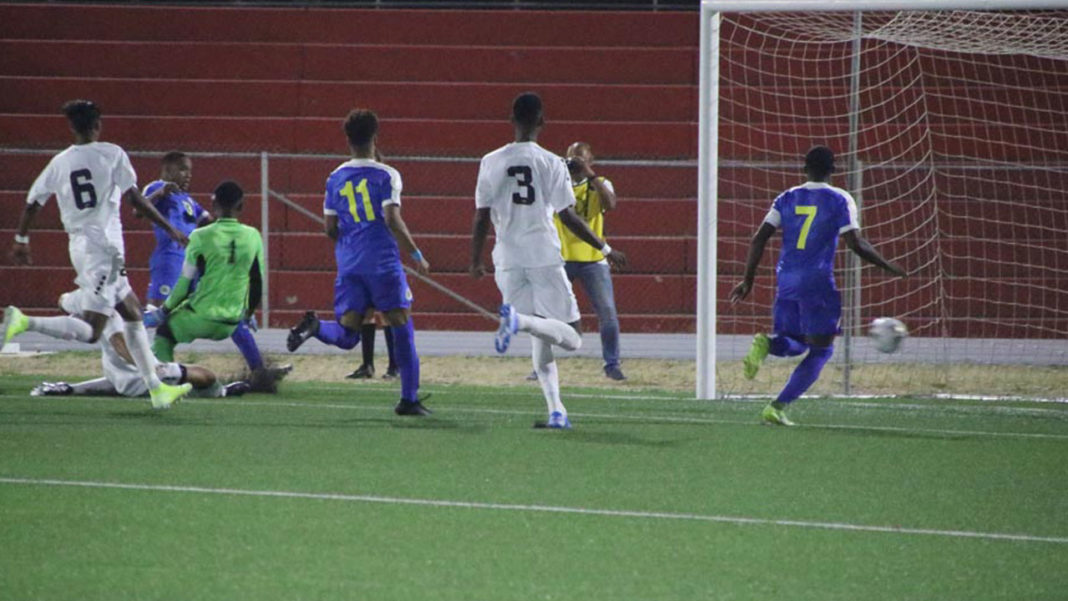 Curacao and Guadeloupe are going for their second win of the 2020 CONCACAF Men’s Under-20 Championship Qualifying on thursday, february 20. Both squads impressed in their opening matches with clean sheet wins in group C of the competition.

The games in group C of the 2020 CONCACAF Men’s Under-20 Championship Qualifying are being played in Curaçao, at the Ergilio Hato Stadium in Brievengat.

Curaçao blanked Saint Martin -the french quarter of the island of St. Maarten, 5-0. Joshua Zimmerman scored in the first 10 minutes three goals, a hattrick. The Curaçaoan is a player of the Dutch team Almere City FC in the second division in the Netherlands. He struck in the second, fourth and eighth minutes.

Tyrese Noslin, also of Almere City FC, scored in the 13th minute. The fifth goal was scored in extra time of the game by Lentini Caciano of FC Emmen, also a team in the Dutch competition.

In the first day of the competition Guadeloupe also blanked Belize: 6-0. In the 18th minute Dustin Bourgeois started the party. He was followed by goals of Willcyd Janky (33rd), Menael Lorquin (38th) and Josue Casimir in the 42nd minute. Goals from Aymerik Kissy and Yoann Lunion, in the 57th and 78th minutes, conceiled the win for Guadeloupe.

Today Guadeloupe will play Saint Martin and in the second match Curacao will face Belize.