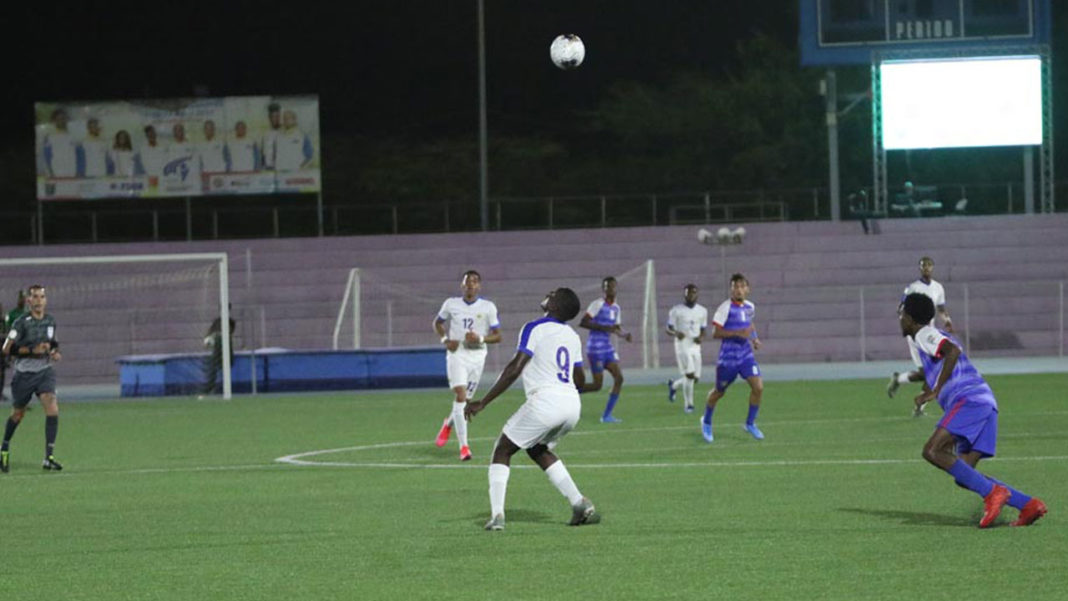 Luchenthly Vrutaal scored two goals on Thursday to lead Curaçao to a 2-1 win over Belize. It was the most exciting game in group C of the Concacaf U20 Championship 2020 so far. Guadeloupe also won its second game by defeating Saint Martin 4-1.

The matches in group C of the Concacaf U20 Championship are played on Curacao, at the Ergilio Hato Stadium in Brievengat.

Belize played better than on the opening day against Guadeloupe, against which the team lost 0-6. It offered good resistance to Curacao in the first half.

Nevertheless, Curacao was the first to score. Luchenthly Vrutaal gave the host country a 1-0 lead, by scoring in the 36th minute. Belize responded in strong fashion through Jesse August in the 54th minute to even the score 1-1. In the end, though, it was again Vrutaal who gave Curacao the lead. This happened in the 85th minute for the 2-1 final.

In the first match Thursday Guadeloupe kicked things off with a 4-1 win over Saint Martin. Josue Casimir scored his first goal in the 29th minute. Saint Martin’s Nailon Edwards equaled the score in the 41th minute. Casimir scored in minutes 45. Late scores from Willcyd Janky (minute 86) and William Pezeron in the 90th minute, sealed the win for Guadeloupe.

n the last series of games on Saturday, Curacao and Guadeloupe compete against each other for the first position in group C. This game starts at 7:30 PM in the Ergilio Hato Stadium. Admission is free.