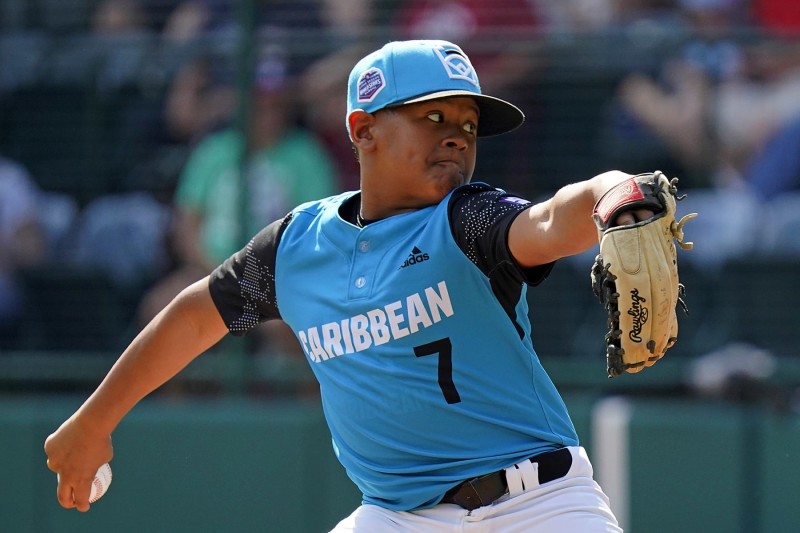 The advance of Liga Pabou Curaçao in the World Series Little League 2022 in Williamsport seems unstoppable. Mexico was also sidelined (2-1) and the Caribbean team advanced to the final of the international group. The star performers were pitcher Jay-Dlynn Wiel and batters Reangelo Decaster, Davey-Jay Rijke and Jaydion Louisa.

At bat, Decaster and Rijke excelled once again. After reaching first and second base with hit in their last at bat in the fifth, they scored the winning runs against Mexico on a single by Louisa and an error: 2-1.

Mexico starting pitcher David Zarate starred at the plate and on the mound. He was responsible for Mexico’s lone hit and run after smacking a fourth-inning home run for a 1-0 lead.

Curaçao responded with a two-out, two-run rally in the fifth. Decaster got on board with a one-out single between a pair of strikeouts. With two out, Rijke hit a single and advanced to second on a throw to third.

Louisa then hit a single that scored Decaster. However, a throw attempt to get Louisa out at second ended up in the outfield, and Rijke scored the game-winning run.

Mexico got a runner on second with one out in the top of the sixth after a walk and a sacrifice bunt, but a pair of Wiel strikeouts ended the game.

This game served as one of the best and most well-played matchups of the tournament. Only one error was committed, and the two pitchers combined for just one walk apiece.

Zarate ended the day with eight strikeouts and two runs allowed (one earned) while scattering four hits over five frames.

Curaçao and Taiwan have not yet met in the international side of the tournament. Taiwan cruised to the final with three straight victories in the winner’s bracket, while Curaçao had to fight its way back out of the elimination bracket side after falling to Panama (Aguadulce).