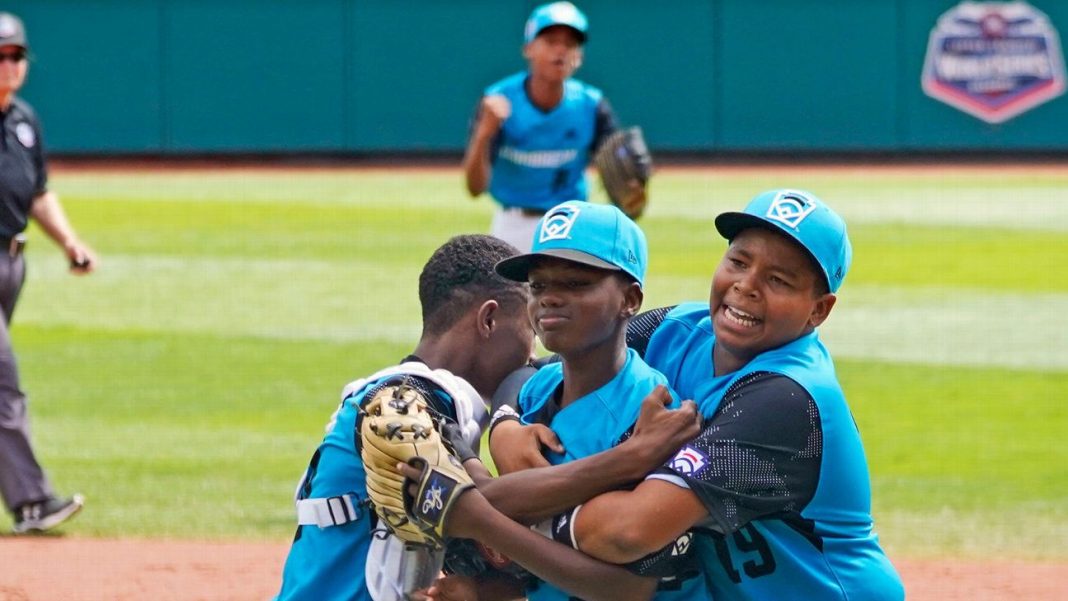 After the misstep against Panama in the second game, Liga Pabou Curaçao was unstoppable in the international group of the World Series Little League 2022 in Williamsport. Chinese Taipei also had to believe it today: 1-0.

Curaçao showed to have a perfect team against Chinese Taipei. Many doubted about the depth of the pitchers collective and were silenced today.

Manager Zaino Everett trusted at first Reangelo Decaster and later on Qshindrickson Doran with the ball. The pitchers were able to eliminate the opponents one by one by letting them hit ground balls and high balls.

Their teammates supported him with spectacular outs. There was Alexander Provacia, the diminutive second baseman who showed poise to get out of a bases loaded jam unscathed in the first inning. In the rest of the game he got also the regular outs.

There was Jaythan Cordilia, too. The wiry left fielder tracked serious distance to steal an extra base hit from Wang Yuan-Fu in the third. And there was also Davey-Jay Rijke who robbed Hsu Ta-Sheng of a game-tying home run deep in the sixth inning.

Curacao scored the lone run in the third inning. Jaydion Louisa comes off the bench to bat Provacia home with a well-placed single in the hole between first and second.

In the meantime, Doran stood his ground on the pitching mound. Finally he himself fields a grounder and tosses it to first base for Curaçao in the representation of the Caribbean to win the Little League World Series International Championship.