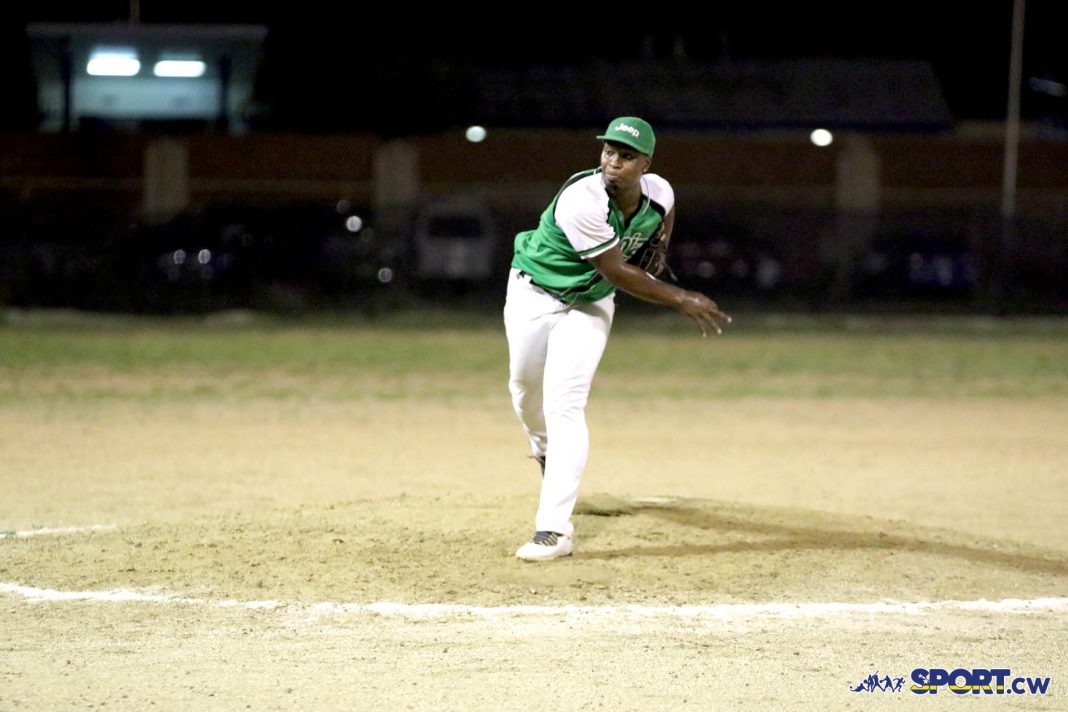 Sta Rosa Indians and Wild Cats lead 2-1 in the play-offs of the Curaçao baseball championship. They won their third game against Royal Scorpions (9-1) and Sta Maria Pirates (11-6) respectively.

Federashon Beisbòl di Kòrsou (Febeko) organizes the play-offs in the AA class. The matches in this Liga Aqualectra are played in the Johnny Vrutaal Stadium and the Tio Daou Ballpark.

After losing the first match 13-1 to Royal Scorpions on Wednesday, 16 September, Sta Rosa Indians won the next two games of the series with 6-2 on Friday, 18 September and 9-1 yesterday.

Indians took the lead early in the third match. The team scored on a single by Swindley Lint followed by a home run by Rochendrick Alexander. Scorpions struggled to contain the high-powered offense of Sta. Rosa, giving up nine runs.

Jordan Lucas was the winning pitcher for Sta. Rosa Indians. He surrendered zero runs on four hits over seven innings, striking out three and walking one. Hershelon Juliana, Cezan Jr. Rafaela, and Rowently Windster all put in work in relief out of the bullpen, steering their team towards the victory.

Sta. Maria knotted the game up at two in the bottom of the first inning, when Juremy Profar grounded out, scoring one run. But Wild Cats pulled away for good with one more run in the second inning. The team scored four runs in the fourth inning with home runs by Dayton Biegel and Hendrik Clementina and a single by Rojean Cleofa.

Sta. Maria tallied two home runs. Sherman Lacrus went for the long ball in the fifth inning and Alexander Rodriquez went deep in the ninth inning. The team collected 12 hits and Wild Cats had 13 in the high-scoring affair.

Sidney Antonia was the winning pitcher for Wild Cats. He allowed nine hits and four runs over five and a third innings, striking out three. Joharvy Martinez and Geedion Jakob helped in relief.