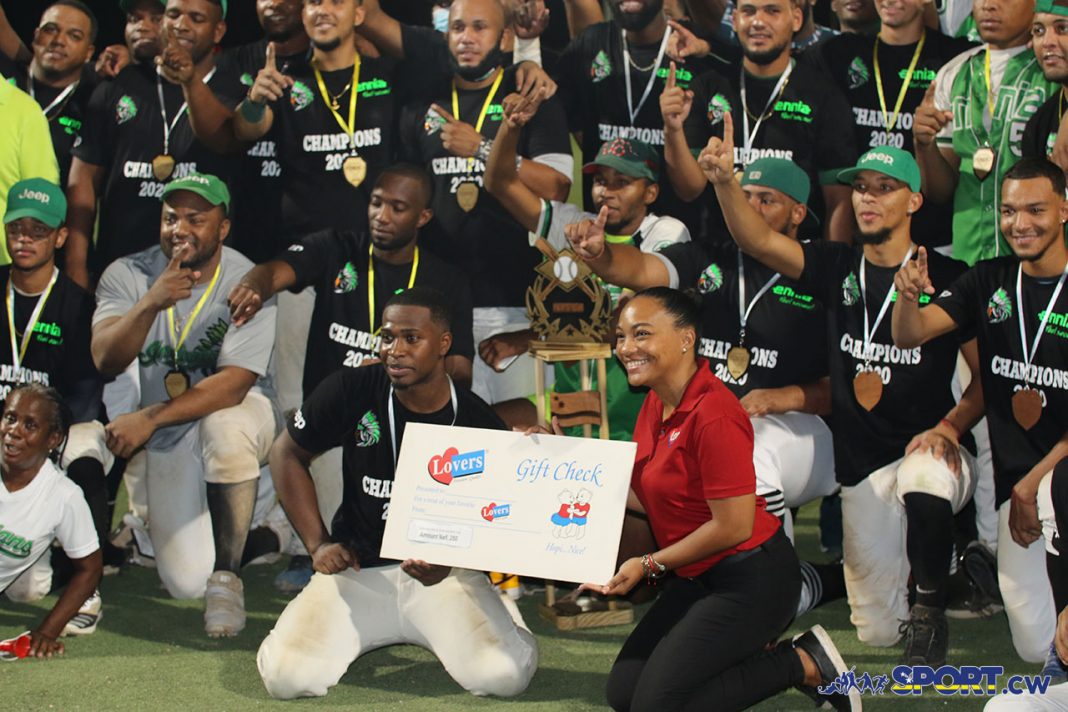 The Sta Rosa Indians are the new baseball champions of Curaçao. They defeated Wild Cats 12-10 in the seventh and last game of the AA final yesterday.

The ‘best of seven’ series had a curious but exciting course. Sta Rosa Indians won the first three matches 4-1, 6-4 and 9-4. So the team needed one more victory to crown itself champion.

Wild Cats in turn won however the next three games: 9-7, 6-5 and 12-5 and tied the series and forced a seventh also decisive match, which took place last night in the Tio Daou Ballpark.

Jair Jurjjens of Wild Cats was entrusted with the baseball on the pitching mound. The star pitcher, however, did not survive. He gave up 8 runs in the first three innings: 2 in the first inning, 3 in the second, and 3 more runs in the third inning. With this, Sta Rosa Indians appeared to be heading for an easy victory.

With 1 run in the third inning and two in the fifth at bat, the Wild Cats approached the Indians: 3-8. But with 4 runs in the sixth inning, Sta Rosa ran out again: 12-3. In the bottom of the same inning, four Cats were able to cross home plate: 7-12.

While the Indians no longer scored, the Cats tried in vain to equalize the score in the final stages of the match. They scored 2 runs in its eighth at bat and 1 run in the ninth and last inning: 10-12.

With two outs on the scoreboard and an opponent on first base, pitcher Hershelon Juliana was able to record a strike out and secure the game for Sta Rosa. He entered the game in the ninth inning. The winning pitcher was Jordan Lucas, who started on the pitching mound and gave up 3 runs on 5 basehits in five innings. Jurjjens lost the game.