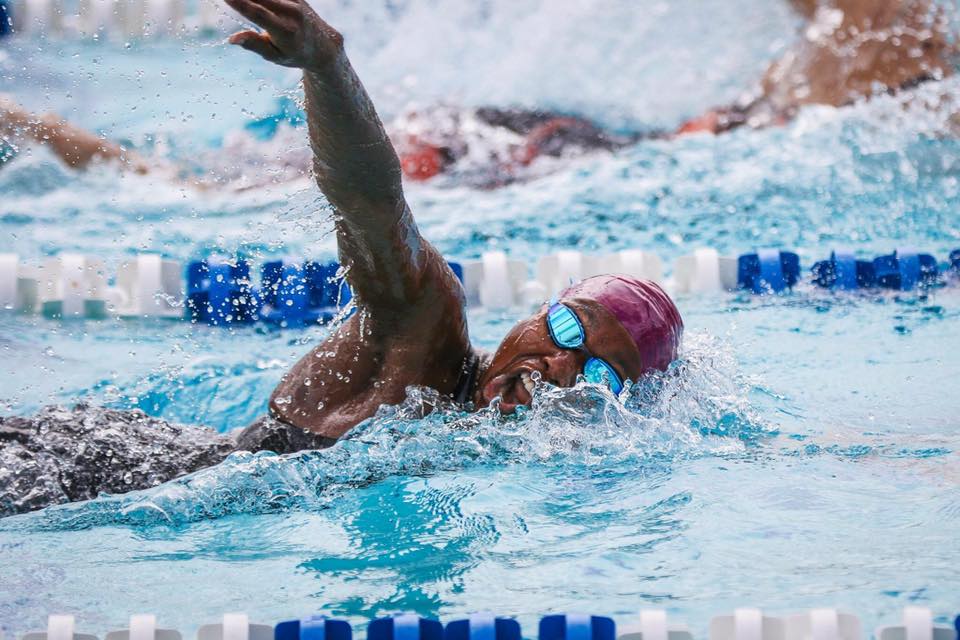 Chade Nercisio from Curaçao was always a force to reckon with at the Florida High School Championships 1A championships. But the 2017 edition saw the swimmer of the Trinity Christian Academy making a statement with a medal haul of 2 silvers and 2 Bronze medals.

In the 50 yard freestyle she blazed a Golden trail to the 1A State Finals held at the Sailfish Splash park Aquatic Athletics Center in Stuart Florida on November 4.

At the Palm Beach County Swim Championships on October 6 Chade Nercisio smashed her 2016 meet record of 23.42 to touch in 23.10.

Chade would also be named joint outstanding female performer for her exploits at the meet.  Another Gold medal would be earned at the District Championships on October 20.  She would again be in record breaking form as she lowered  her own 2016 pool record at the Saint Andrews pool from 23.32 to 23.31.

The following weekend would see Chade Nersicio lifting the Regional Crown in a time of 23.47.  At the grand finale on November 4 she eased into the A final with a time of 23.40.

The night’s final was a close affair where she was just out touched for the Gold by Monteverde’s Kaitlyn Schorr  22.89 to22.93.

It was the closest 1A final since 2008 when Bolles teammates Megan Fonteno and  Dana Nessler finished in times 23.45 and 23.49 respectively.

At the  CCCAN Championships in Trinidad and Tobago this summer she won the Silver medal in the 15-17 girls 50 metre freestyle in a new age group and senior national record of 26.45.

The build-up in the 100 yard freestyle was equally successful as she took the Palm Beach County, District and Regional titles.

In the Championship final she went out in 24.50 and came back in 25.72 to record 50.22 for the Bronze medal. That lowered her personal best of 50.47. The Gold went to Schorr in 49.90 and The Silver to Andrea Santander of Pine Crest in 49.99.At the CCCAN Championships she took the 100 metre freestyle Gold in a new age group and senior national record of 57.67.

In the final of the 200 yard freestyle relay the Warriors team was in the 5th place after legs of 23.88 by Eriana Temperino ,Nicole Gomez 24.17 and Hailey Rudd 25.08.  It was then Chadé unleashed a devastating anchor leg of 22.34 to take the Lake Worth based institution  from 5th to the Silver medal position and new school record of 1:35.47.  That anchor leg split is the fastest split of all the 4 state Finals for 2017. It is also the fastest split by girl in 1A since 2002 when Christina Swindle clocked 22.09.  Gold went to Pine Crest in 1:34.70.

Trinity Christian would finish 4th overall at the Championship in the girls standings with 161 points.