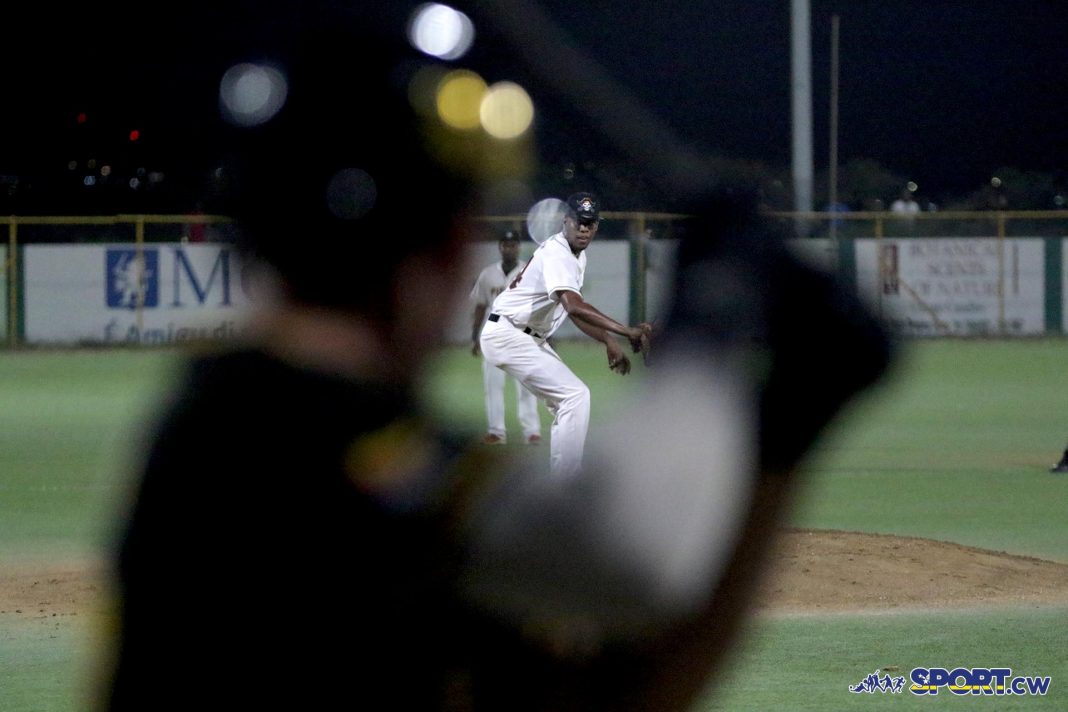 Federashon Beisbòl Kòrsou (Febeko) is currently organizing the playoffs in the AA class of Curaçao baseball. Due to Covid-19, the semi-finals are being played without an audience.

Sta Maria Pirates took the lead in the first inning on Thursday. The Pirates scored on a single by Juremy Profar – the brother of Jurickson Profar who plays in MLB – and a home run by Johannes Gregorius Jr.

Nelmerson Angela pitched the Pirates to the victory. He went five and two-thirds innings, allowing three runs on seven hits and striking out one.  Shurensely Daantje, Ruendy Carolina and Alexander Rodriquez all put in work in relief out of the bullpen.

With 1 run in the first inning, Scorpions took the lead. This run was brought in by a triple by Raywendley van Gurp.

In the fourth inning, Indians tied the score 1-1. This run was brought in by Rochendrick Alexander, who doubled.

Jerrison Beaumont was the winning pitcher for Sta. Rosa Indians. He pitched two-thirds of an inning, allowing zero hits and zero runs while striking out two and walking one.  Hershelon Juliana and Marvin Ludowika closed out the game in relief.