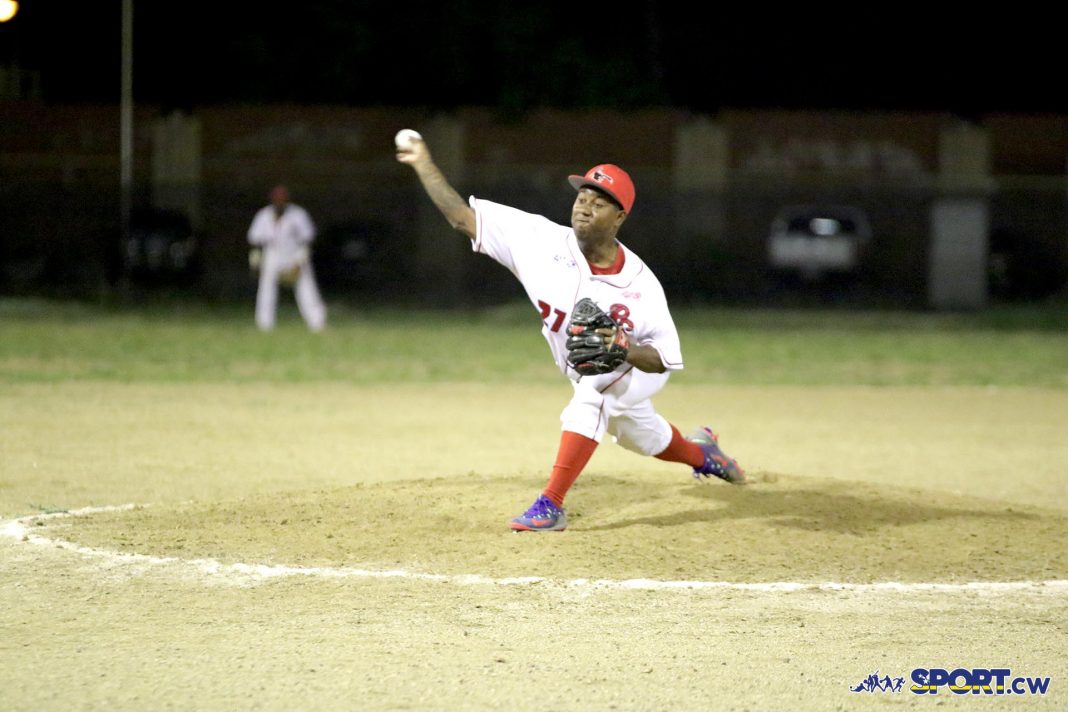 Royal Scorpions won the first match in the semi-finals against Sta Rosa Indians: 13-1. Scorpions secured the win in the third inning by scoring six runs, after having also scored a run in the first inning.

Scorpions finished first in the regular season. Indians qualified for the semi-finals by winning against Groot Kwartier Stars in a wild card match yesterday: 6-2.

Indians got their offense started when Shakir Albert homered on the first pitch scoring two runs yesterday against Groot Kwartier. With three runs in the third inning, the Indians took a big lead: 5-0. Jordan Lucas was the winning pitcher for Sta. Rosa Indians_

Indians had less luck against Scorpions. With 1 run in the first inning and six runs in its third at bat, Scorpions secured the victory. This big inning was driven by singles by Raywendley van Gurp and Curtney Doran and a home run by Terrence Goeloe.

Ruderley Manuel led the Royal Scorpions to victory on the mound. He surrendered one run on five hits over five innings, striking out six and walking one. Gavenee Virginie and Orsen Josephina entered the game out of the bullpen and helped to close out the game in relief. 000000