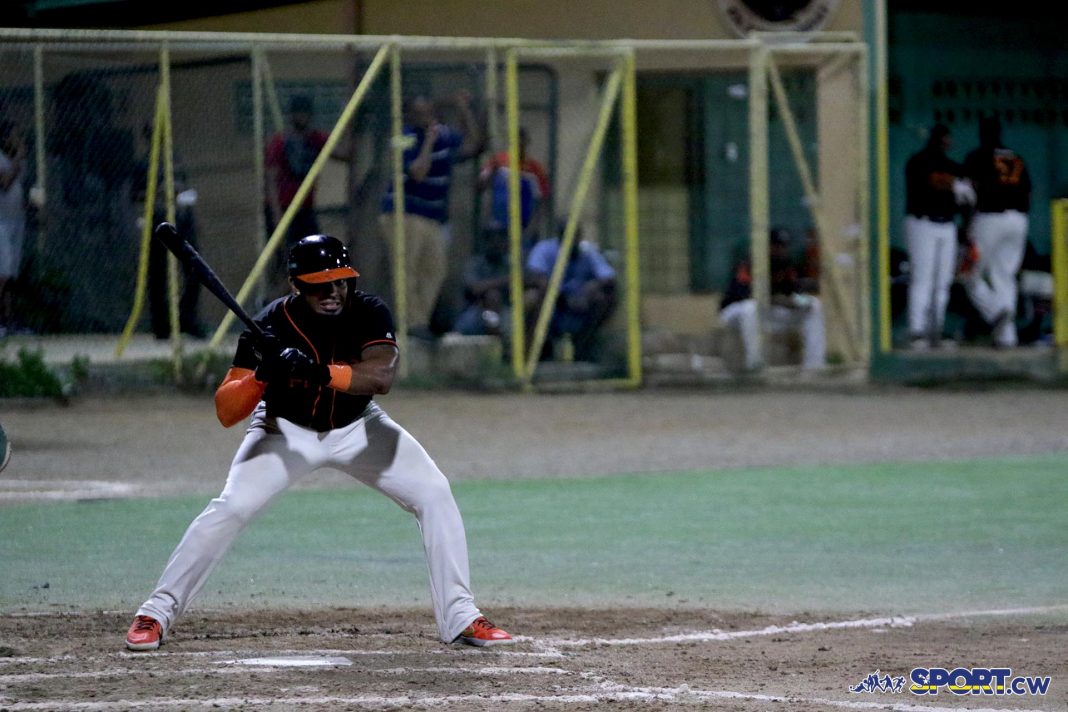 Royal Scorpions won in the continuation of the Curaçao AA-baseball league over the weekend, the series against Marchena Braves. The team scored a whopping 24 points in the two games: 13-3 and 14-5.

The Braves quickly fell behind in the first game, Saturday. The team couldn’t come back in a 14-5 loss to Scorpions. They lost despite out-hitting the winners nine to six.

Scorpions scored eight runs in the third inning. This was thanks to a triple by Curtney Doran, a single by Raywendly van Gurp, a sacrifice fly by Reyhan Fecunda, a groundout by Kevin Moesquit, and an error on a ball put in play by Roderick Bernadina.

Ramses Jamanika took the win for Royal Scorpions. He allowed six hits and four runs over six innings, striking out five. Gerion Jakob threw one inning in relief out of the bullpen.

Servinus took the first loss for Marchena Braves. He surrendered six runs on one hit over two innings, striking out three. The Braves hit one home run by Sheadion Jamanika in the sixth inning.

In the second match today, Sunday, Royal Scorpions defeated again Marchena Braves thanks in part to Roderick Bernadina. He drove in four runners on a single in the first, a single in the fifth, and a walk in the eighth inning.

The Scorpions pulled away with three runs in the fourth inning. In this at bat  Rushanten Tomsjansen’s sac fly scored one run, while Terrence Goeloe singled on a 3-2 count, scoring two runs. The team tallied three runs in the sixth inning. The offensive firepower was led by Andre Adriana and Kevin Moesquit.

Ruderly Manuel was the winning pitcher for Royal Scorpions. He allowed five hits and three runs over seven and two-thirds innings, striking out seven and walking one. Cerilo Soliana threw one-third of an inning in relief out of the bullpen.

Alvaro Zalazar took the loss for Marchena Braves. He surrendered seven runs on five hits over five and a third innings, striking out two. Rochandel Donazal started the game for the Braves. He went one-third of an inning, allowing two runs on one hit

Royal Scorpions scattered 11 hits in the game. Bernadina, Goeloe, and Moesquit each collected multiple hits. Bernadina went 3-for-3 at the plate to lead his team in hits. Curtney Doran led with two stolen bases, as the Scorpions ran wild on the base paths with eight stolen bases.