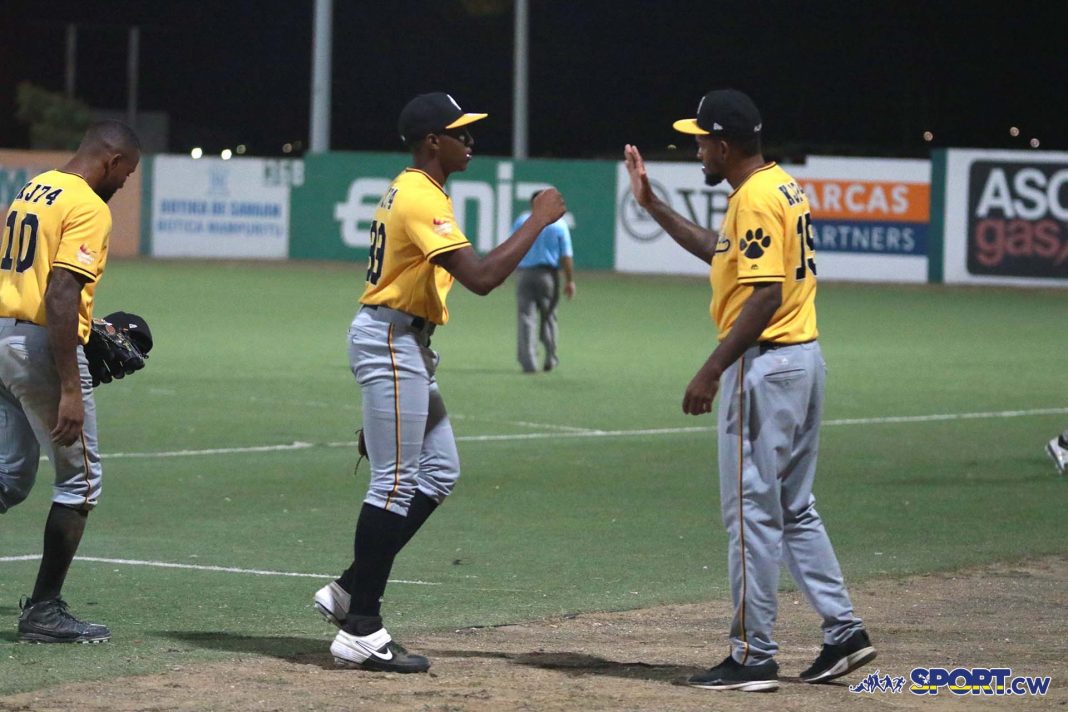 Wild Cats did also won the second game in the semifinals of the Curaçao baseball championship tonight, September 28, 2021. The vice-champion convincingly defeated Sta Maria Pirates 14-6 and is now one win away from qualifying for the final.

Already in the first at bat, Wild Cats managed to add its first run to lead 1-0. With 3 runs in the bottom of the second inning, Sta Maria Pirates bent the score to 3-1.

The joy was short-lived for Sta Maria, as Wild Cats scored 5 runs in the next at bat and again took distance from the opponent: 6-3. With 2 runs in the fifth inning and 5 more in the sixth inning, the vice-champion went 13-4. Both teams respectively scored 1 and 2 in the eighth inning: 14-6.

Pitcher Shurensley Daantji claimed the win for Wild Cats. He came into the game in the fifth inning, replacing Sherson Randt, who in turn replaced starting pitcher Joharvi Martinus.

Ardley Jansen, the brother of closer Kenley Jansen of Los Angeles Dodgers, excelled at bat. He had 3 hits in 3 at bats, good for 4 runs batted in for Wild Cats.

Pitcher Clarence Martina cashed the loss for Sta Maria Pirates. His teammate Sander Boeldak had the best batting figure. With 2 hits in four at bats, he brought in 3 runs.